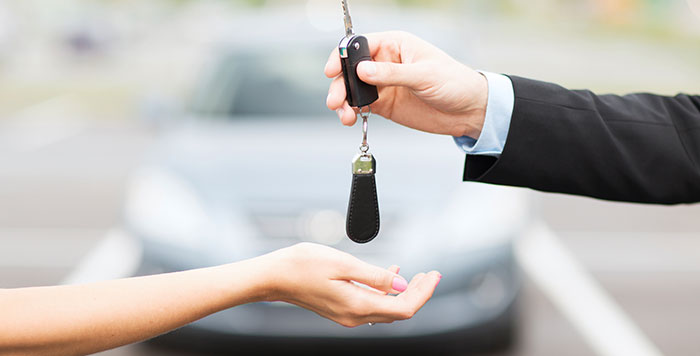 Okay, so you’ve passed your driving test. Independence and freedom awaits. You can now go anywhere you want in the world. Exciting, isn’t it?

But before you get behind the wheel and start exploring, you might want to ensure that you’re fully prepared for every eventuality.

As it turns out, there are a handful of items and accessories that everyone should have alongside them in the car (but especially new, inexperienced drivers).

Look, you’ve got enough on your plate to think about the first time you hit the roads on your own without worrying about getting lost.

You’ve probably been well trained but you’re bound to be a bit nervous without someone sat alongside you. So let’s remove one distraction: remembering and following directions.

Obviously no one uses physical maps anymore. Nor portable sat navs, for that matter, since most modern vehicles come with in-built technology.

But if you’re driving a motor that isn’t brand-spanking new, then be sure to take your phone with you on every journey. Then if the worst comes to the worst, you can fire up Google Maps to get to your desired destination.

To be honest, it’s a good idea to have a phone on you anyway. It could be the difference between getting home in minutes or hours if you break down.

If you’re always going to keep your phone handy, then it follows that you should also have an in-car charger.

Just imagine if you’re smugly following a route only to see your screen darken, hear the voice directions go quiet… and feel yourself start panicking.

Thing 3: Some sort of survival kit

Cars are machines and machines are imperfect. Which means things will go wrong from time to time.

In fact, from burst tyres to flat batteries, dud headlamps to overheating radiators, if it can go wrong, it will – especially if you drive for long enough.

As a new learner, driving is exciting and you just don’t think of all things that could go wrong. So keep your eye out (scour Amazon) for a little tool kit that could save the day.

It’s always better to be safe than sorry. The chances of you having a crash are much higher in the early days and weeks after you’ve passed your test, so a first aid kit is essential.

Something like this will come in handy should you get into bother. Just grab one and stick it in the boot. Hopefully you’ll never need it but if you do, you’ll be glad you’ve got it.

Most drivers will tell you that tires often wear out (depending on how quickly you drive and how fiercely you brake).

Losing grip through tires with low tread can be a fatal oversight (quite literally), but if your tires are properly inflated, they’ll last longer (and wear more evenly).

So the question is, how do you keep on top of this situation?

The Fobo Tire Plus system will simply send an alert to your phone when your tire pressure is getting low. All you’ve got to do is place the gauge on your tires and download the app. Talk about efficient…

Right. I know you won’t find many safety vests on the streets, but this isn’t a fashion show.

The reality is, if your car breaks down at night in a place where visibility is poor, a safety vest (and a sensible waiting position) can save your life.

Many roads are poorly lit and a lot aren’t lit at all. In addition to that, there are a lot of bad drivers out there, with plenty who don’t have much awareness. And if your situation happens at night, other drivers could be tired, which just exacerbates the issue.

Matt Press is a copywriter who has written words for some of the UK’s biggest brands, such as Sky, Three and Vodafone. He’s also a car nut with a driving school that delivers intensive driving courses.