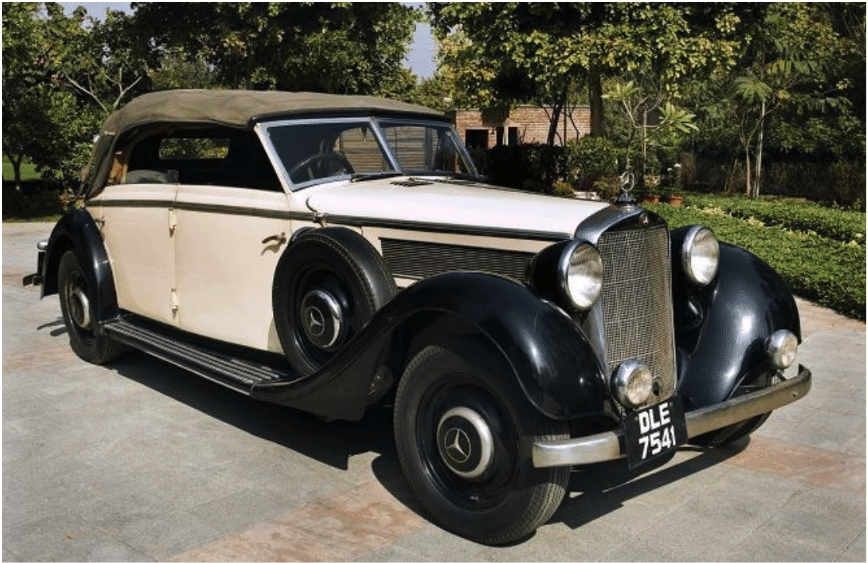 Sudhir Choudhrie is an international businessman and entrepreneur. Most recently, he has turned his attention towards private collecting, philanthropy and supporting the causes that are closest to his heart.

Choudhrie has one of the world’s largest private vintage car collections, generally defined as those made before 1940. He particularly enjoys acquiring cars in poor condition and restoring them to their original condition. Choudhrie’s primary interest in restoring these cars is to ensure others appreciate them the same way he does. To that end, he also includes some of his pieces in parades and road rallies.

Choudhrie’s interest in vintage cars goes back to his childhood in Delhi, India. He recalled playing with Matchbox cars and Dinky toys when he was six or seven years old and attending vintage car rallies during his college years. Later, Choudhrie and his wife Anita participated in road races, winning many of them. He has thus had a lifelong love affair with vintage cars.

For Choudhrie, the appeal of vintage cars is the combination of their quality and simple engineering, especially the oldest models in his collection. These include Cadillacs built between 1900 and 1902 as well as a 1906 Rover, all of which Choudhrie considers to be beautifully designed. He acquired these cars from the British manager of a tea estate in southern India, who bought them in Europe.

The challenge of restoring a vintage car is another factor that appeals to Choudhrie. This process routinely requires five to six years, but it can take more than 10 years in some cases. Finding original parts for a classic car made after WWII is often difficult, but it’s much more so for vintage cars. It takes a lot of ingenuity and patience in addition to some luck, which is what makes it so satisfying for Choudhrie.

Sudhir Choudhrie loves all old cars, but his primary interest is in cars made before World War II. His first acquisition was a 1938 Mercedes 320 Cabriolet D that he bought in 1980 for 50,000 rupees, equivalent to about 9,000 British pounds in 2017. The car was in terrible condition as cats were living in it, although Choudhrie later discovered that it was custom-built. The Mercedes Benz 320 is a 4-door Cabriolet with four side windows. It has a striking profile that’s instantly recognizable to collectors, making it one of the most iconic vintage cars.

The 1937 Mercedes Benz 170V Sedan W in Choudhrie’s collection is another example of his love for German cars from this era. This sedan has a number of features that were highly innovative at the time, including independent suspension. It also has an inline 4-cylinder engine with a 4-speed transmission, which was quite powerful.

He also has a 1921/1923 Bugatti that he bought from a Muslim family who imported it into Bombay, India. The owner became blind and was never able to drive it, so the family kept it in a garage until the roof fell in. The car was badly damaged when Choudhrie bought it, and he has been restoring it for over ten years. The body work is complete, and the next task is to rebuild the engine. This step required three years just to obtain the permits needed to send the engine back to the UK for repairs, which Choudhrie estimates will take another year.

Choudhrie focuses to a high degree on German cars, but he also has a number of models from French makers. A 1903 Cottereau Voiturine is one of the oldest pieces in his collection and also one of the oldest restored cars in the world. It has a single-cylinder engine and 3-speed transmission that produces 7 hp. The Maharajah of Patiala was the original owner of the car, making it one of the first cars imported to India.

Choudhrie’s collection currently includes 37 cars, which he keeps in a garage in Delhi. They aren’t currently available for public display. His plans include a car museum and an art gallery that will exhibit Choudhrie’s own collection of Indian art. These facilities will be part of a hotel and convention center that allow guests to mix business with pleasure. Choudhrie also plans to place his collection in a trust to ensure future generations can continue to enjoy it.

Sudhir Choudhrie still manages to find time to build his collection of vintage cars, despite his business ventures and philanthropic efforts. He has already personally overseen the restoration of dozens of vintage cars, many of which are still in his collection. The presence of vehicles that cover more than a century of automotive manufacturing ensure that viewing Choudhrie’s collection will be a walk-through time.