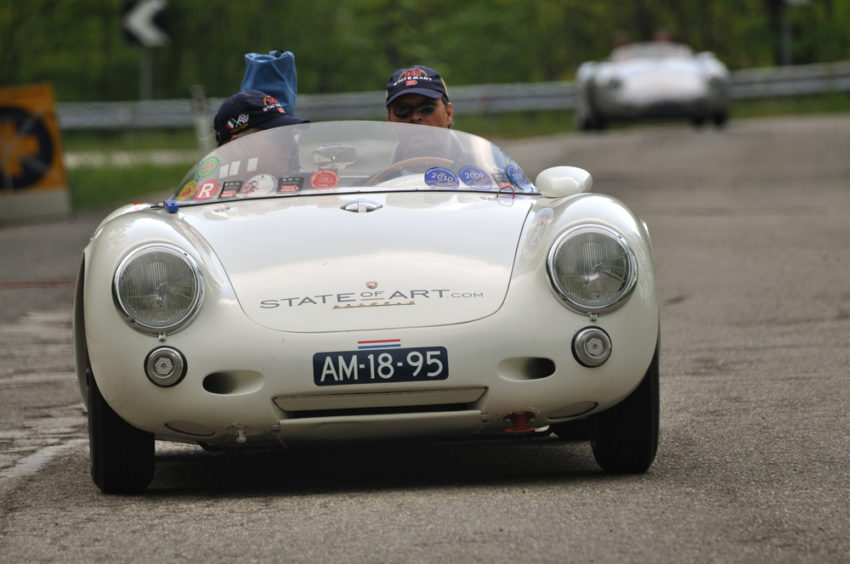 The most beautiful race in the world, the 1000 Miglia car race, is coming to the UAE in December 2021. This classic car exhibition-themed, 1000 Miglia Experience UAE 2021 will grace the Emirates from December 5th-9th 2021.

The first leg of the race will begin on December 5th and be from Abu Dhabi to Dubai. Leg 2 will kick off on Monday 6th from  Dubai to Jebel Hafeet, Al Ain. Jebel Hafeet, Al Ain to Fujairah will welcome the 1000 Miglia race on Tuesday 7th. And leg 4, the penultimate race, will go from Fujairah to Sheikh Saud’s emirate RAK, specifically the famous mountain Jebel Jais. The race will be concluded on December 9th, when drivers will move from Jebel Jais to UAQ, Ajman, back to Abu Dhabi.

What makes this race so special?

For those who have never heard about the 1000 Miglia race, there may be many questions. The 1000 Miglia race is not your average car race. Running for over 94 years, it is the oldest car race in the world. Its rich history and high reputation are what made organizers bring it to the UAE.

A race that was conceived out of the disappointment of the Italian Grand Prix held yearly in Brescia, the hometown of Counts Aymo Maggi and Franco Mazzotti moving to Monza. Aymo and Mazzotti —with little help from motoring journalist Giovanni Canestrini, sports manager Renzo Castagneto, and several wealthy backers — held the inaugural of their country-wide figure-of-eight endurance races. Over 1,000 miles were covered in the fastest time by 77 competitors from Brescia to Rome and back.

As the 20th century progressed, the iconic race gained momentum. Those who heard about it heard it was becoming more and more popular, and more people wanted to participate.

A third-year after the race’s inaugural run, Tazio Nuvolari was so focused on winning the 1930 race that he turned off his headlights on the home stretch, overtook the oblivious odds-on winner, and won the race.

Those sorts of antics were characteristic of the historic Mille Miglia – a race that survived the Second World War to compete again and pioneer automotive design and engineering until the 1950s. At that point, things really began to pick up.

The underpowered 300 SL Gullwing let Mercedes down in 1952 when it attempted to win the Mille Miglia. The Mercedes-Benz 300 SLR was considerably punchier and much more promising after they used a Formula One car in 1955. The car they believed would win them the title was this one.

Sir Stirling Moss, the late great racing legend, was the man who won them the title. The legendary racer read notes written on a homemade roller scroll kept in the passenger seat from navigator Denis Jenkinson for directions.

They completed the 992-mile race in 10 hours, 7 minutes, and 48 seconds – an average speed of 99mph – thanks to German engineering and English grit.

Shurooq Investments CEO Marwan Al Sarkal and member of the advisory board of organizers Octanium International said the tour would coincide with a special moment in the history of the United Arab Emirates.

“It is about stories and legends and discovering the UAE,” he said. “We want to showcase our country to the world in a different way. It is more than just cars driving around cities.

“This is bringing Italy closer to the UAE.”