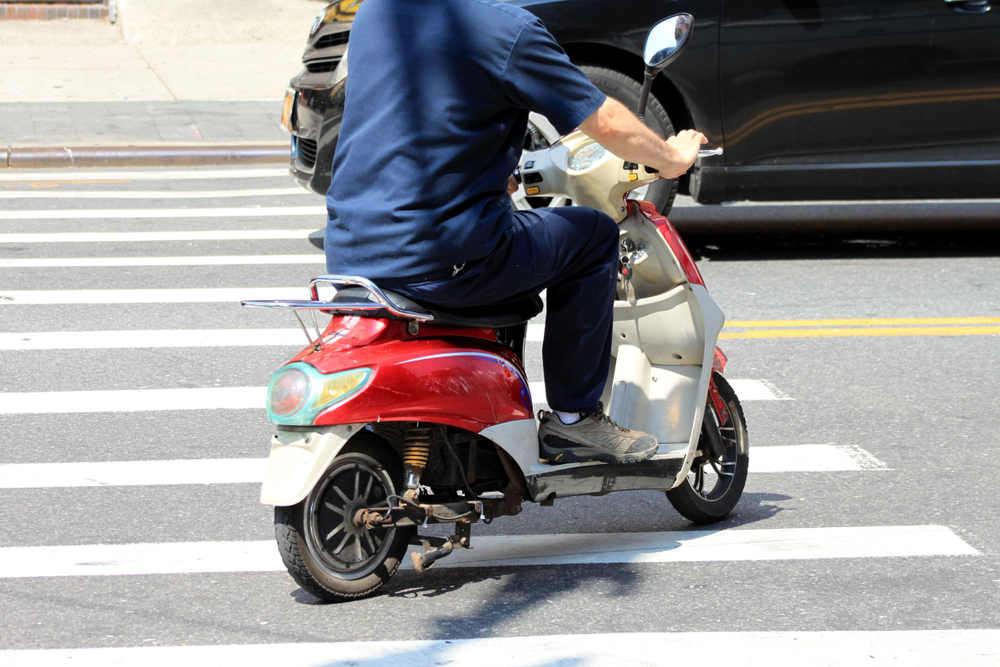 Scooters and mopeds are becoming an ever more common sight in neighborhoods, urban areas and throughout college campuses. They’re quick and efficient ways to get around, especially in large pedestrian areas or busy streets crowded with larger cars.

Accompanying the swell in popularity, however, is a rising concern about safety. Worries about safety risks on mopeds have reached lawmakers as well. Moped drivers in South Carolina didn’t legally have to follow traffic laws or obtain a license before 2017.

The fears aren’t unwarranted, and safety regulations are a good thing, but it doesn’t mean you need to avoid buying a moped. The important thing is that you’re informed about the risks and you take precautions to stay safe.

Dangers on the Scooter

Before the laws changed in South Carolina, many moped accidents were attributed to alcohol because law enforcement couldn’t enforce drunk driving laws against moped drivers. That’s no longer the case, but there are still risks associated with driving a moped.

Unlike in other vehicles, there is very little between you and the cars around you on a moped. There isn’t a windshield in front of your face or any kind of steel frame around you to protect your body if a car hits you. This makes the stakes extra high if you get hit.

Some may assume mopeds are generally safe because they usually can’t go faster than 30 miles per hour. What they’re missing is that other vehicles around them don’t have to hold themselves to that limit.

Even at the relatively low speed of 30 miles per hour, a moped can also get into some very serious accidents with pedestrians or standing objects. All it takes is a moment of distraction where you take your eyes away from what’s in front of you and you could end up in an accident.

Don’t play around while you’re driving, whether you’re on the road, around pedestrians, or totally on your own. It’s important to stay focused on where you’re going and watch the road around you carefully.

Parents and lawmakers alike worry about younger drivers and there ability to make responsible decisions and not be impulsive or reckless when driving. The biggest dangers to moped drivers, however, are other drivers. Mopeds are small and can be easily overlooked on the road by a driver who isn’t properly focused.

Practice defensive driving by staying aware of what’s going on around you on the road. Don’t listen to loud music or anything else that would impede your senses and keep you from noticing cars around you. Wearing lights or reflective gear can also help other drivers see you and avoid you.

Of course, it’s also crucial that you wear all the proper safety gear and follow the rules of the road. Make it easier for drivers to avoid hitting you by acting predictably. If you follow all the traffic laws as if you were a car and don’t make any sudden turns or swerves, cars will be able to get around you without any trouble. At the end of the day, everyone on the road is just trying to get home safely.