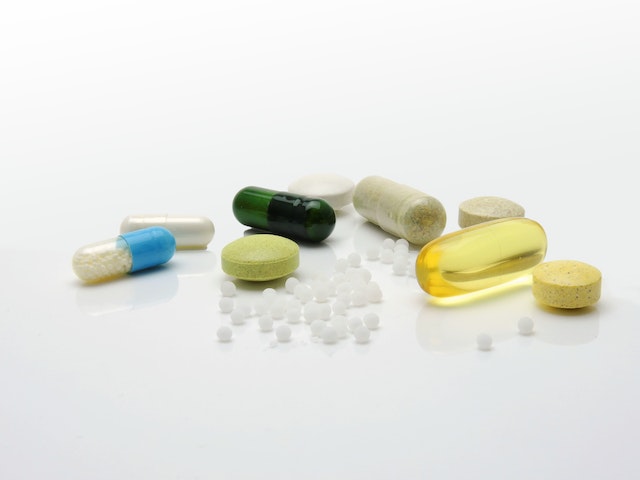 Many traffic deaths and injuries and preventable. This especially includes accidents involving mind-altering substances. We frequently hear about the effects and risks of drinking and driving, as well as taking illicit drugs and then driving.

There’s another consideration that people need to remember as well—there are prescription drugs that can affect driving abilities as much as alcohol or illegal drugs. Just because you’re prescribed medication doesn’t mean it’s safe for use in all situations. There are also prescription drugs that affect some people differently than others, and you should never drive until you know for sure how something will affect you.

If you’re prescribed something new by your health care provider, you should ask them whether there are risks of taking it and then getting behind the wheel.

It’s against the law to drive while impaired, and qualifying drugs that could be illegal to drive while under the influence of including prescription medicines and controlled drugs.

Symptoms of impairment can include drowsiness, dizziness, blurred vision, and being easily confused. Other impairment signs are headache, an inability to focus, slurred speed, and feeling overconfident or manic.

Patients should also be aware of the potential for next-day impairment to occur.

The following are seven medications that can impair the ability to drive safely.

Opioids are prescription pain medicines that can impact thinking and judgment. Opioids can lead to drowsiness, and being under the influence of these substances can double the risk of being in an accident.

When someone takes opioids, whether as prescribed or illicitly, they slow down their central nervous system. They change pain is perceived by the brain, and these are things that are going to mean slower reaction times as well as coordination and judgment.

Benzodiazepines are a type of sedative medication. They are prescribed for insomnia and anxiety primarily. Brand name benzodiazepines include Xanax and Valium, and research shows that taking them when driving increases the risk of being part of an accident by 60-80%.

Benzodiazepines produce sedation, meaning they make you sleepy. When you’re drowsy or experiencing the effects of sedation, it’s not going to be possible to have the reaction speeds you need if you’re driving. You won’t be completely aware of your surroundings, so you can’t respond appropriately to what’s going on around you. You might also be more likely to drift into oncoming traffic from opposite lanes.

Like opioids, benzodiazepines affect the central nervous system and relax the muscles. If you need to slam the brakes quickly, having relaxed muscles is dangerous.

These drugs can cause vertigo and dizziness, and general disorientation.

These medications, even when used exactly as prescribed, can also lead to blurry vision.

Sedative hypnotics are prescription drugs, also known as tranquilizers, sedatives, or sleeping pills. These drugs also affect the central nervous system, and they have a calming, relaxing effect. They’re primarily prescribed for insomnia and sleep disorders, but sometimes anxiety as well.

Ambien, Lunesta, and Sonata are sedative-hypnotics. These are also called Z-drugs.

With Z-drugs, there is a risk of driving not only when you’re feeling the effects soon after taking them but also the next day.

For example, several years ago, the FDA issued a warning about taking Lunesta. The FDA said that it could cause impairment the next day, affecting driving and other activities requiring you to be alert.

The FDA warning indicated research found a 3 mg dose could cause impairment to not only driving skills but also coordination and memory, lasting more than 11 hours after a nighttime dose.

Antihistamines are medicines that are commonly used for allergy symptoms. Antihistamines may, according to the FDA, affect the ability to drive a car and operate heavy machinery. Antihistamines can slow reaction times and cause mild confusion, even if someone doesn’t necessarily feel drowsy. They can also make it hard to focus.

Both prescription and over-the-counter allergy medicines can have negative effects on driving ability.

Some prescription antidepressants have been found to affect the ability to concentrate and react when driving.

Researchers believe that certain conditions may raise the risks of driving under the influence of antidepressants. Being older, the initial dosage used, and high-dose antidepressants can be risk factors for worse driving outcomes.

According to the Clinical Psychopharmacology Database, any psychoactive drug has the potential to impact thinking, judgment, and motor skills, so patients using antidepressants should be cautious when driving or operating machinery.

Drivers who suffer from epilepsy are at a higher risk of being in an accident than other drivers because of the potential they could lose consciousness and because of the side effects of medicines used to treat the condition.

There are a wide variety of medications that can be used to treat epilepsy and seizure disorders, many of which may impair driving.

Drivers with a history of seizures are often warned to take certain precautions, such as avoiding prolonged driving times, knowing the side effects of their drugs, and avoiding night driving.

Finally, antidiarrhea medicines such as loperamide, which is the active ingredient in Imodium, can cause drowsiness, and that may impact your driving. Imodium reduces the speed of intestinal contractions that occur, as well as the number of them overall, which slows down diarrhea. If someone experiences side effects including not only drowsiness but also dizziness may find they aren’t able to drive or do certain other activities when taking it.

High doses of loperamide can have effects similar to opioids.

Before you get behind the wheel, if you’re taking any new medicine, whether as a prescription or you’re using something that’s available over the counter, talk to a health care provider. Ask whether it’s safe to use it while you drive or do other potentially dangerous activities. Again, medicines affect people differently, too, so don’t drive on a new medicine until you know specifically how it’ll affect you.