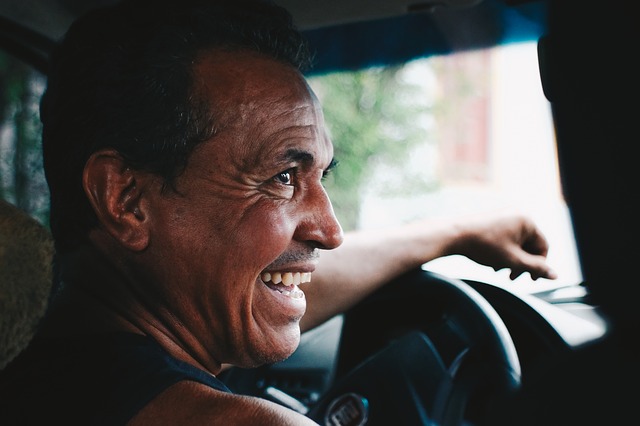 Before Uber and Lyft, there were taxis. Those who have ever ridden in taxis before, know that even the shortest of distances can really break your bank account, especially for those whose only mode of transportation was by taxi. Since the emergence of rideshare companies like Lyft and Uber, it has made transportation much more affordable for people to get around.

The founders of Lyft did an interview with Business Insider and stated that the reason they created Lyft was that they wanted to provide a different approach to car ownership, meaning, they wanted to find a way for people to be able to use their own car to make money. Upon figuring the logistics of everything involved with that, they created the app and Lyft was born.

The founders of Uber shared their startup story with Business Insider as well. Co-founder Travis Kalanick spoke at Business Insider’s 2013 IGNITION Conference and said that the whole purpose of Uber was for people to be able to push a button and get a ride. In getting that ride, it would be a ride that allowed passengers to ride in style.

Now, with both of those rideshare companies, the purpose of the rides had no ill intent but in creating such companies the factor of safety was and still is a big concern, not only for passengers but also for rideshare drivers.

Ridesharing Safety Concerns: Then vs. Now

When ridesharing companies first emerged, the biggest concerns were for the actual rideshare passengers. Their concerns were from a safety standpoint in the aspect of getting into a car with a complete and total stranger… they had every right to be scared but it’s one of those risks you take. There haven’t been too many incidents that involve passengers bein in danger of rideshare drivers.

As the popularity of ridesharing continues to grow, the safety concerns are now shifting from concerned passengers, now to concerned drivers. There have been more safety issues for rideshare drivers related to inebriated passengers getting hostile. This doesn’t happen too often but if you decide to become an Uber or Lyft driver, they will give you all the information you need for any safety concerns you may have. Take a look at some of the most common concerns among rideshare drivers.

Fear of Getting Robbed

A lot of rideshare drivers have a fear of getting robbed during one of their rides, and rightfully so because you just never know what people are capable of or their intentions. Although the risk is there, the chances are lowered because everyone who uses the rideshare apps, knows that the only way drivers get paid is through the app, so technically, there shouldn’t be any cash on a driver from the actual rideshare program.

Now, as a rideshare driver, there are some things you need to do to prevent anything like that from happening:

Due to payments being done through the app, the likelihood of someone trying to rob their driver does exist but there is a very small chance of it happening and it’s definitely not a reason to become a rideshare driver. Situations where that has happened, it was more than likely due to a wallet or purse in plain sight of the passenger. So if you decide to become a rideshare driver, take the time out to take the necessary safety measures before driving.

Fear of Getting Injured or Killed

This might be on the extreme side of things but it’s an understandable fear to have. You will be picking up total strangers and there is no partition separating you from the passenger so it can definitely be a little scary to have this particular fear.

This situation typically stems from drunk passengers. Now, it’s good that a drunk passenger chose to order a ride to take them home, versus getting into their own car and drunk driving home. That will not only protect them but it will protect other drivers on the road as well. As a rideshare driver with fear of injury or death, just remember to always be friendly and pleasant with any passenger. You don’t want to do anything to upset them or give them a reason to get hostile.

Fear of Getting Into an Accident

Getting into an accident is the most common fear among rideshare drivers because it’s so easy to do. You already know that every time you get into your vehicle, you’re putting your own life at risk so to not only be responsible for your own life but you’re also responsible for someone else’s life too. If you decide to become a rideshare driver, you definitely want to make sure you go with the best car insurance company that will cover any damages that could occur in case an accident occurs.

When it comes to driving for ridesharing companies, it’s not only beneficial to the riders but it’s also very beneficial to the drivers as well. Does it come with risks? Yes, but what job doesn’t come with potential risks? The key thing in the ridesharing industry is to think smart and drive smart. As long as you are friendly and kind to your passengers, keep any money and personal belongings at home, and make sure you are covered legally, you have the potential to really improve your life for the better… risks and all.