Usually, this process involves hiring a legal professional that serves as a neutral third party for a fixed fee. The fee is split evenly between both parties. The person called arbitrator will help resolve your case. It may sound simple. But, the process comes with a distinct set of advantages and disadvantages.

All types of litigations are very costly and time-consuming compared to arbitration. Of course, you will have to pay for an arbitrator and your personal injury lawyer. However, this cost is nothing compared to expenses of preparing for a trial and the legal fees.

Trails are also lengthy. Considering more than 700,000 personal injury claims filed in the United States every single year, most of which will go to trial, it will take months if not years to your case through. Add a couple of more years to this timeline if your case goes through multiple appeals. That’s a lot of time!  So, from these two points of view, arbitration is always better than a trail.

The decision to choose arbitration will not be yours alone. The defendant or at-fault driver must also agree to go for arbitration. The law requires that all the parties must agree to arbitrate. Both parties must also select the person who will serve as the arbitrator. So, if your case is taking place in an unfamiliar town or city, you may not know the chosen arbitrator as much as the other party. That raises a few concerns regarding the impartiality of the arbitrator. So, unless the other party is willing to work on this, you are left with no other option but going to trial.

As the law requires both parties to work together in an arbitration process, you will have to wade through a mesh of disagreements. For example, you may agree who is at-fault. But, there may be disagreement on the amount of compensation being offered.

The good news is that arbitration allows you to include only specific issues of the case. So, if you don’t agree about compensation, you can drop it. The process is also private. So, any statements made in arbitration are confidential. Whatever happens in a court trial, however, is a matter of public record.

Although you can agree to have a non-binding arbitration, it is rarely used to resolve personal injury claims. As a result, the arbitrator’s decision is dining on all parties involved in the process. So, neither you nor the defendant can appeal to the apex court if the decision doesn’t end in their favor. That sounds like a good thing if the arbitrators offer more compensation than you had imagined. However, if you feel you were under-compensated, you are stuck with that figure forever.

Whether or not to go to arbitration will depend on a variety of factors including how strong your case is and how much resources you have at your disposal. The process is meant to benefit both the complainant and the defendant. So, thinking that everything will be in favor is a mistake. That’s why it is better to consult an experienced personal injury lawyer before making any decision. 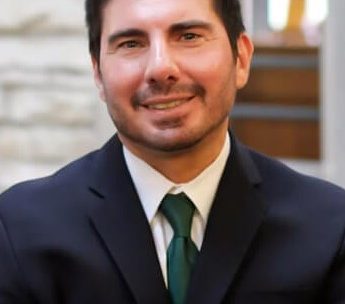 Mario Palermo is a lead attorney who consistently helps families in their time of need. Mr. Palermo’s 21 year track record in the legal industry speaks for itself. In both 2015 and 2016, Mr. Palermo was awarded the prestigious Litigator Award that represents the highest honor in Trial Law.