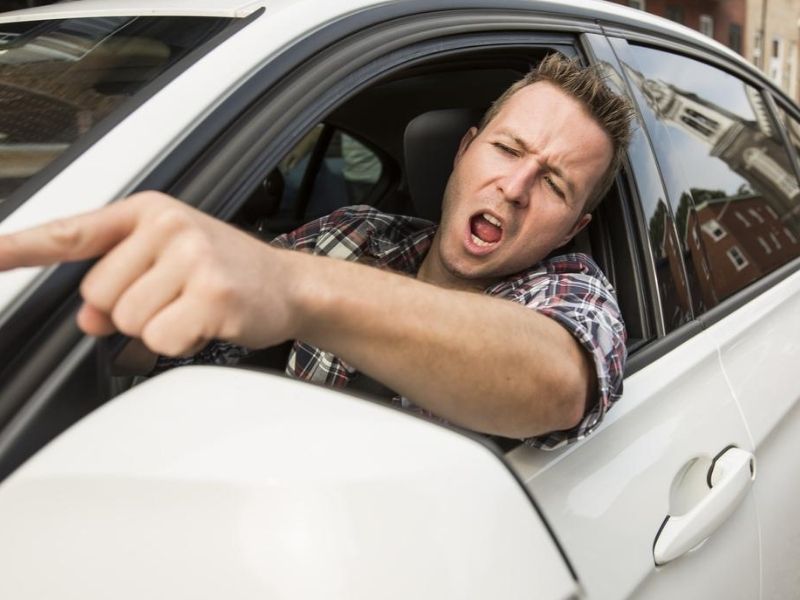 Car accidents are an ever-present concern when out on the roads. According to the Insurance Institute for Highway Safety (IIHS), there were 33,654 fatal motor vehicle crashes in the United States in 2018 alone, and even more non-fatal collisions that cost Americans millions of dollars. Many of these crashes could be avoided with better driving habits, so the logical first step is to examine our own bad behavior behind the wheel. Now, the “bad driver” label isn’t one most would want to admit to, but a bit of introspection in the name of safety is preferable to disaster. Here are the signs your driving skills could use improvement.

It’s not uncommon for folks to go “just five over” the limit on a regular basis. Blatant disregard for the speed limit is a clear danger, however. The National Highway Traffic Safety Administration (NHTSA) estimates that speeding was a factor in 9,378 of the road fatalities in 2018, and has been a component of nearly one-third of all vehicle fatalities in the past two decades. If you constantly find yourself ten, fifteen, or even twenty mph over the posted limit, there’s a higher likelihood you aren’t the most careful driver behind the wheel, and you’ll want to lighten that lead foot to keep from causing an accident in the near future.

You Don’t Respect Other Drivers

The road has rules for a reason. Bad drivers, however, disregard these as a mere inconvenience to themselves. Perhaps the most classic signs of this are a failure to signal before a lange change, or ignoring the fact that lanes exist altogether, but there are even more hallmarks of a careless driver beyond these two obvious examples. Do you find yourself ignoring the right of way and getting into close calls? Are you running traffic lights and stop signs because you can’t be bothered? How about aggressive tailgating? All of these are telltale signs of the bad driver – behaviour that can get you into all sorts of trouble like car accidents, even causing serious physical injury to yourself or to others.

The lines on parking spaces are there so you can set the car straight, and when you’re parking on the curb, six inches is generally the rule. If you’re always parking sloppily, though, there’s a higher-than-normal chance that you don’t give much of a care, and, consequently, are a bad driver. This problem is that much more glaring if you own a smaller vehicle (which should theoretically fit into any space with ease) but are still incapable of keeping it straight while backing up or pulling in.

Road rage is real. According to CNN, crashes linked to aggressive driving rose nearly 500% during the years between 2006 and 2015, and some 80% of drivers polled by the Foundation for Traffic Safety admit to experiencing serious rage behind the wheel, expressing it in the form of tailgating, brake-checking, yelling obscenities, and cutting off other drivers. If you’re constantly exhibiting the signs, you’ve got to take a long look at yourself in the mirror. Getting angry behind the wheel has a direct link to road fatalities, so it’s best to avoid rage altogether.

You Text While You Drive

Texting while driving is a poor habit every driver can identify. It’s called distracted driving, and it kills about nine people a day in the United States, while injuring about 1,000 more. While distracted driving is broken down into three categories — activities that take your eyes off the road, your hands off the wheel, and your mind off driving — texting is the type of activity that manages to do all three at once, making it particularly dangerous. Bad drivers know this, but they choose to prioritize texting over staying vigilant on the roads.

You Forget How To Drive In Bad Weather

Inclement weather presents a challenge while driving, but it’s something most motorists learn to deal with when first getting their license. Years of subsequent experience should hone most drivers bad weather skills to a sharper edge, but for the bad driver, all that training goes out the window at the first sign of rain or snow. Thankfully, it’s not too late to correct any deficiencies you have in this area. A driving course should teach you all the ins-and-outs of maintaining control of your vehicle, even when the roads start to get a bit slippery.

You’re Indecisive Behind The Wheel

Successful driving requires precise timing and a multitude of split-second decisions. Good drivers are alert, and can make the right calls at a moment’s notice. Poor drivers, on the other hand, make the roads more frustrating with painful indecision. These are the drivers who take too long to decide if their vehicle will fit in that space, who can’t pass a bicycle even when there’s enough room, or can’t make that simple left turn because they can’t gauge the speed of other vehicles.

Building on the above point, there are some drivers who simply don’t know how to let go of the brake. A combination of road anxiety and poor skill causes them to hit the brake constantly, even when there’s no traffic around at all. It’s likely they don’t know the type of damage that repeated braking can do to their cars, nor are they aware of the serious disruption it can have on the flow of traffic.

You Just Keep Getting In Trouble

Perhaps one of the clearest signs of being a bad driver is if you keep getting ticketed for breaking the law. Sure, most people get the occasional ticket here and there, but if you’re constantly getting pulled over for disregarding traffic laws or you’ve ever had to hire an attorney for repeated DUI offenses, then it’s time to start looking at yourself as the likely issue. Even if you don’t have a DUI on your record, any history of driving drunk is a definite bad sign.