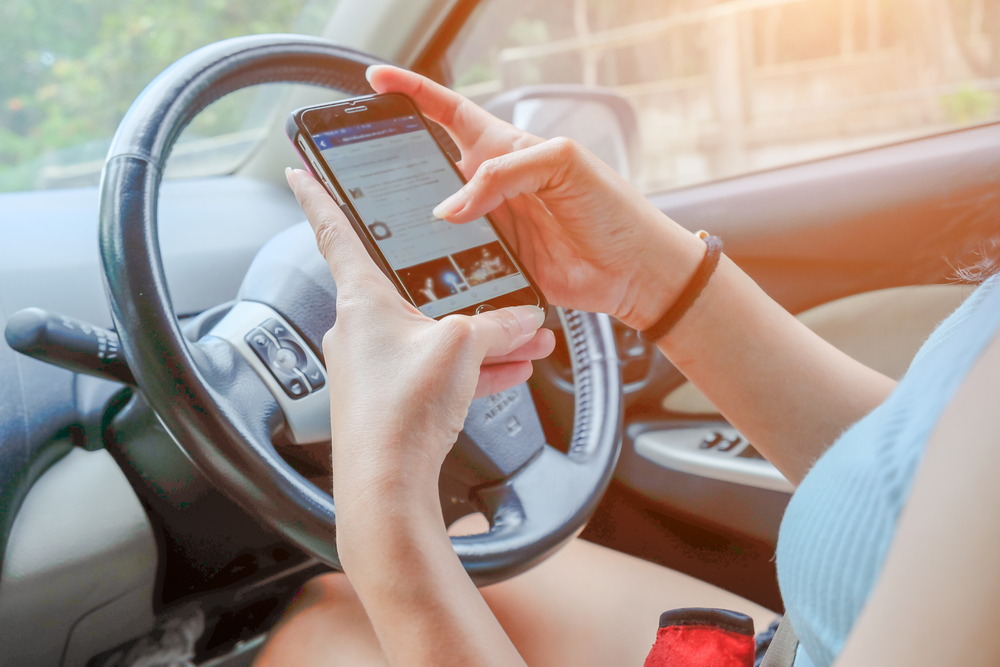 Driving anywhere in the world is a hazardous business and a driver’s license should always be treated as what it really is; a privilege and a responsibility. But too many drivers right now are not living up to that responsibility. Not because they are reckless drivers, not because they got behind the wheel after one too many glasses of Chardonnay or a can too many of beer, but because, despite all the warnings, they refuse to put their phones down.

How bad are things getting? According to The National Safety Council cell phone use while driving leads to 1.6 million crashes each year, in 2016 one in four accidents could be directly linked to cell phone use and texting and driving is six times more likely to cause an accident than driving drunk. Yes, as crazy as it seems, a drunk driver may be a safer one than a sober driver who just won’t stop texting. And, as any Los Angeles DUI lawyers will agree, given what they see over the course of their careers, that’s almost unimaginable, and yet the figures are there in official black and white.

For a number of years now, the campaigns against texting and driving have been getting bigger, louder and more prominent. And in many states the penalties, in terms of fines, license censures and potential jail time, are gradually getting stiffer.

And yet, in a recent study conducted by researchers from the University of Connecticut on behalf of A T & T, 98% of the drivers surveyed who owned a smartphone acknowledged they were aware of the dangers of texting and driving and yet 75% of those people admitted that they do use their phone while driving, not just to text but also to check emails and social media profiles. Why did they do this? There were a variety of common responses, including all of the following:

And, perhaps most disturbing of all over a quarter of all respondents said that, in their opinion, texting and driving did not affect their personal ability to drive properly, something that stat after stat proves is not the case.

One of the researchers on the study, Dr. David Greenfield, founder of the Center for Internet and Technology Addiction, has his own theory though. He, as a psychiatrist with extensive experience in working with addicts of all kinds, believes people text and drive knowing the dangers because their brain reacts to a text in the way it would to a drug.

In his report Greenfield noted ” When our phones beep or buzz with a notification, he said, it’s letting the brain know that something “potentially pleasurable” is waiting. This anticipation of pleasure causes our brain to release dopamine, which is a pleasure chemical released in the reward center of the brain. This chemical is associated with pleasures like food, sex, and drugs.”

So what can be done to halt the text and driving ‘epidemic’? Greenfield and others believe it has to become as taboo as drinking and driving is, via both informational campaigns and increased penalties. Some states are taking steps to further criminalize the behavior as he suggests. In 2017 the State of Washington introduced an ‘E-DUI’ penalty that carries similar fines and censures as a standard DUI, including potential insurance penalties. Will this work? That remains to be seen, but we can only hope so.