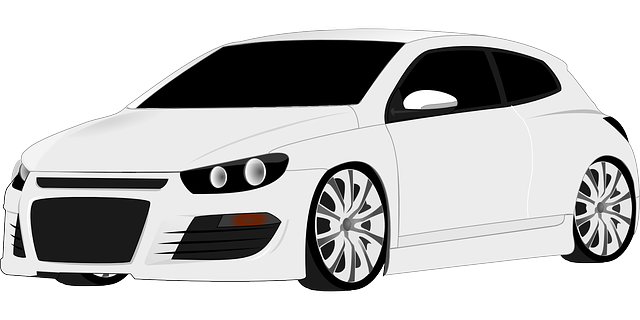 Ask any professional car detailer, show car owner or garden variety automotive enthusiast about what one element that could immediately transform the look of a motor vehicle – at not too massive of an expense, to boot – and he or she will almost always come back to window tint. Indeed, the difference between a car, truck or SUV that’s been given the tinting treatment and one that simply rolls “factory style” (i.e., without tinted glass) is visually staggering, even to non-enthusiast eyes; from the way tint darkens a vehicle’s windows to provide that customized limousine-esque look to the fashion in which it dramatically brings out a car or truck’s angular lines, it remains one of the primary “upgrades” new vehicle owners indulge in once driving away from the dealership.

Beyond the aesthetic benefits of window tint, there is a myriad of other factors that contribute to making it worthy of consideration, including:

• Blocking of UV Rays – Outside of the way tinted glass looks on a vehicle, the number-one benefit with regard to comfort and safety has to do with blocking of the sun’s UV rays. This is a huge deal for vehicle owners living in states like Nevada, California, Florida, Texas, Hawaii, or Arizona, as the temperatures in these regions get notoriously hot. Tinting helps with keeping the family protected from these rays, which in turn reduces the chances of getting skin cancer. Also, tint protects the dashboard and upholstery from cracks and discoloration.

• Cooling of the Interior – Tinted windows can also render a vehicle’s interior significantly cooler, and as a result, the HVAC system doesn’t have to work as hard to keep the vehicle cool during the oppressively hot summer months. This is especially beneficial to those who spend a good deal of time in their car for an occupation (sales, door-to-door service, et al.), as they can remain cool and comfortable in the cabin for longer periods of time.

• Safety and Privacy – Tinted windows help keep drivers safer in that tint provides window reinforcement, meaning it reduces the chance of shattered glass – a huge plus if a driver ever gets into an accident. What’s more, windows that are heavily tinted with that aforementioned limo-esque darkness provide extra privacy compared to vehicles tinted in a lighter shade; however, many local jurisdictions do not permit very dark tinted windows on motor vehicles, and this can become dangerous if the glass is so dark that a driver cannot see the road ahead of him or her.

Into the tinting foray has come the 3M Crystalline window tint variant, considered one of the top window films on the market today. The 3M approach, in the form of a multilayer optical film, combines 200 layers in this film, yet is thinner than a typical “post-it note,” which ultimately yields a higher heat rejection than darker films. This film’s lightest shade blocks a high level of infrared light and some 34-percent of heat, offering car and truck owners a way to maintain more of their vehicle’s factory look while keeping its interior cool.

• Heat reduction with up to 97-percent of infrared light rejection

• No discoloration of film

The 3M Corporation, renowned for its smattering of inventive solutions such as vinyl wraps that serve as a removable protective coating for a car’s paint and its Headlight Lens Restoration System which is capable of bringing yellowing plastic headlight housings back to near-original conditions, designed its Crystalline line of window films to be several shades lighter than the average window tint, while claiming the product reflects just as much energy – if not more.

According to John Hanbury, Marketing Manager for 3M‘s Renewable Energy division, clear window films were developed mainly for drivers who sought the benefits of tinting without having to darken their windows, potentially reducing visibility at night. Add into that mix the fact that certain state laws regarding window tinting, as mentioned earlier in this blog, were also a factor (since many states outlaw anything with less than 50-percent VLT or Visible Light Transmission), it’s almost obvious why 3M wanted to offer a film that would allow light in while keeping heat and UV radiation out.

3M‘s technicians say the company’s clear films allow anywhere from 40-percent to 90-percent of visible light into a vehicle, depending on the grade chosen. Additionally, the amount of solar energy rejected depends on the grade chosen, a range that spans from 34-percent to 60-percent; to put that into perspective, the darkest conventional tint 3M offers only rejects 45-percent of solar energy while allowing only six-percent of visible light in.

Though the amount of heat and light allowed in varies, 3M claims that all films in the Crystalline line reject 99.9-percent of UV radiation and 90 to 97-percent of infrared radiation – and this is a huge benefit to vehicle owners looking to have their cars, trucks, SUVs or crossovers tinted. Perhaps even better, these films have been sanctioned by the Skin Cancer Foundation as an effective defense against ultra-violet radiation, which the organization identifies as a leading cause of skin cancer, due to the way they significantly reduce exposure to UV rays.

Reducing the heat allowed into a vehicle’s interior by 60-percent could mean the difference between sitting on a just-bearably warm seat or burning a hand on the gear shifter. It is conceivable, then – as we also mentioned earlier in this article – that a cabin not getting as hot wouldn’t need to run the air conditioning as high or as frequently. And, if the AC system doesn’t have to work as hard, neither does the engine…a quantitative fuel economy formula being tested by 3M at one of the company’s international facilities.

In an age when the national average price for gas seems to creep up to four dollars per gallon from time to time, every little bit counts.