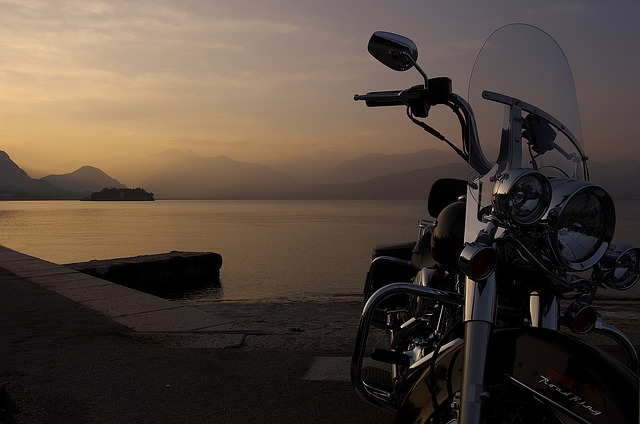 If you’re fairly familiar with motorcycles, or you’re just starting to learn there are some basic types of bikes and classifications they fall into. Two main groups are touring and cruising motorcycles.

For a lot of people who aren’t extremely familiar with motorcycles, you might not notice any differences between them, but there are subtle differences. Knowing these differences can play a role in your decision if you’re thinking about buying a bike.

Additionally, if you already have a touring or cruising motorcycle and you’re searching for specific parts, such as custom VT600 parts, you might also want to gain a more in-depth understanding of the similarities and differences.

A touring bike is one that is meant to cover longdistances. A touring motorcycle will usually have screens and fairings for weather protection, and large-displacement engines. The seating is upright and meant to be comfortable,and the fuel tanks hold more gas. There will be accommodations for a passenger in most cases, and luggage space as well. The weight of a touring bike might be anywhere from 850 to 900 pounds.

With a rider, passenger and all the gear, the weight might go up to around 1,400 pounds.

Other colloquial names for a touring motorcycle include bagger or full dresser, in reference to the saddlebags that use to be on Harley Davidsons.

What Is a Cruising Motorcycle?

A cruising motorcycle is typically what you think of when you think about a Harley-Davidson or an Indian motorcycle from the 1930s through the 1960s.

These bikes include displacement V-twin engines in many cases, but not always. They are not as challenging to ride because you don’t shift as often as you would with other types of motorcycles.

When you’re riding a cruising motorcycle, your position puts your feet forward and your hands up higher.

If you’re going at a low speed, you may find a cruiser is fairly comfortable, but for long periods it can start to lose its comfort.

Choppers are considered to fall into the cruiser category.

If you aren’t super familiar with renting motorcycles, but you think of what you envision a bike to be, you’re more than likely imagining a cruiser.

What Are the Similarities and Differences?

There are plenty of similarities between touring and cruising bikes, and both are large with a lot of power. They can work well on highways.

Aesthetically, there are some differences.

Cruising bikes are designed to look nice with intricate details. You might see chrome additions and a lot of riders will customize cruisers.  Customization is part of the cruiser culture.

With a cruiser, it’s just as much about the look of the bike as it is the functionality.

As far as differences, cruisers are more powerful. A cruiser is designed to be able to go up to a high speed with fast and smooth acceleration. It’s easy to see a cruiser going through city roads and passing cars.

A touring bike is simpler, and the details are all about functionality as opposed to aesthetics. Comfort is king with a touring bike, and there is a lot of practicality in the design.

A touring motorcycle is usually more expensive than a cruiser, which is why they’re not necessarily the first type of bike many people buy.

If you’re just starting out, you might opt for a cruiser over a touring bike. Cruisers are lighter weight, and they maneuver more easily.

What Are the Other Types of Motorcycles?

Along with touring bikes and cruisers, there are other types as well. For example, there are sport bikes, which are meant to be very powerful and fast with high-performance breaks and advanced suspension. Unless you have a serious need for speed, a sportbike is going to be pretty uncomfortable.

Dual-sport bikes are somewhat of a hybrid. They’re available in different sizes, and they have suspension that can allow for off-road riding in a lot of cases. They’re also lightweight, and you can add gear to them pretty easily.

A sport-tourer is a variation of the touring bike, which has a sportier appearance but some of the perks of a touring bike like weather protection and the ability to carry cargo.

These bikes usually have windscreens and plenty of horsepower. They sizable, which is something to be aware of before going this route.

Finally, there are relatively new electric motorcycles as well, but they’re still in their early stages. They are smooth and powerful, as well as providing a quiet ride.