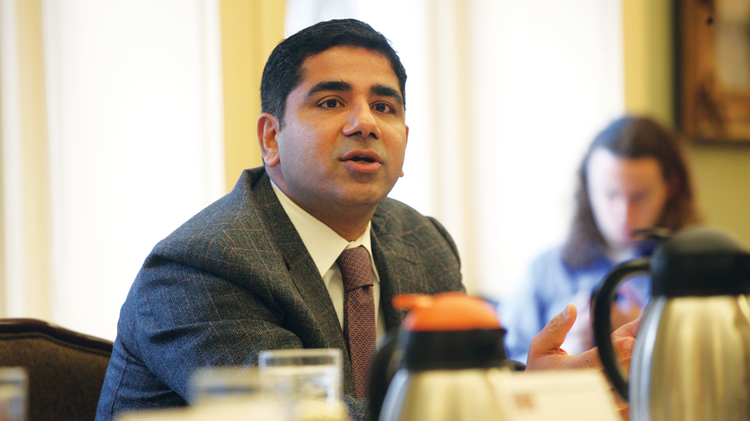 A successful background in dealings with eight M&As (mergers and acquisitions) led Nitin Khanna to launch a new company focused on these types of transactions. He is the founder of MergerTech, a company he launched with his brother in 2009. He is the firm’s CEO and Chairman, and it is based in Portland, Oregon.

Owning and operating a business is nothing new to Nitin Khanna. His dream of owning a business of his own started shortly after he completed his education in 1998. Nitin was a newcomer to America in those days. He knew even before moving to the US that he would not be happy working for someone else. He was living in India with his family, and he had set his sights on beginning a career in the United States when he finished college. He completed a portion of his education in India, and he obtained the rest of his education in Oregon. Nitin Khanna has a bachelor’s degree in Industrial Engineering. He also has a master’s degree in the same pursuit. Nitin Khanna received both from Purdue University.

Nitin Khanna was born in March of 1971. Born in India and raised in a military family, Nitin Khanna moved to Portland as a student and young adult. His brother also emigrated to the city a few years later. The two men have been in business together ever since. They co-founded Saber Corp. in 1998. Saber was soon to become a giant in the tech industry. The company grew to its current status as a software system provider to a large number of state government departments. It grew from a startup with a tiny staff to a company of over 1,200 employees.

Nitin Khanna believes that an entrepreneur is frequently faced with many choices and decisions. In order to succeed and accomplish great things, they will need to take risks. He has taken risks in his own professional life, and it was his ambitious nature and his drive that has helped him accomplish so much by the age of 48. Nitin Khanna has a vast amount of expertise in technology and growing a business. One of his other strong points is in the area of sales and marketing.

He has had other business experiences as well. Nitin Khanna worked at Oracle Corporation early in his career. The legalization of cannabis created vast opportunities for entrepreneurs, and Nitin opened a new business venture. He saw what what’s happening in the newly developing industry in 2015. The growth of the industry in the United States. was on the rise in big numbers. The legalization of cannabis for recreation and medical use grew into a multi-billion dollar industry within many of the states. Nitin is the founder of Cura Cannabis Solutions, a company that was launched in 2015. His firm was an instant success. It has grown to be a large local distributor of cannabis oil.

Nitin Khanna is also an investor, and he has invested in growing technology-focused companies. Nitin Khanna runs his successful enterprises from his headquarters in Portland. He is active in the community as a business owner and a resident.