You’ve probably been hearing about self-driving cars for a few years, but Canada took a big leap forward with this new technology in October with the country’s first driverless car test on a public road. Although the road was closed at the time, the car used it’s Blackberry-developed technology to navigate traffic stops and pedestrian crossings in a live demonstration. This milestone came alongside the announcement of an 80 million dollar investment in autonomous technology by the Ontario government – an investment that could reap huge rewards.

Currently, around 50 percent of Canadians say that they trust self-driving cars; confidence for the technology is highest in Quebec and lowest in Saskatchewan and Alberta. But considering that human error is a factor in over 90 percent of auto accidents, the upside of this new technology is immediately clear. This is backed up by a report from the Conference Board of Canada, which suggests that the country could benefit up to 65 billion dollars from autonomous vehicles due to “fewer collisions, less time in cars, fuel savings and reduced congestion.”

On top of the benefits derived from implementing this technology, Canada is poised to become a leader in the development of self-driving cars. In addition to Blackberry’s development initiatives, Canadian firm QNX has been working to leverage its experience in developing secure operating systems to build software for automated vehicles. Magna, a Toronto-based auto parts supplier, is the latest Canadian company to throw it’s hat into the development ring with an announcement of its own autonomous technology.

In order to keep pace with other countries developing autonomous driving technology, Canada will need to step up in areas beyond development, including testing, regulation and infrastructure. While the test in Ottawa is an exciting step forward, Ontario is the only spot in Canada that allows testing of autonomous vehicles on public roads. In comparison, 17 states in the United States issue street-testing permits for self-driving cars.

In terms of regulation, Transport Canada is tasked with the job of keeping Canadians safe on the road. When considering driverless technology, they’ll need to adopt regulations that don’t hamper innovation, but that protect the safety and privacy of Canadians. Some questions that regulators will need to ask themselves include:

The Insurance Bureau of Canada will need to assess the risks and benefits of driverless cars to develop insurance products that keep up with this changing technology.

So, what’s next? Realistically, industry insiders say that self-driving cars that require human surveillance could be available in a few years; however, mass availability of fully autonomous cars are likely decades away. And there is still debate about whether driverless cars are safe in areas that get hit by winter snow. Regardless, driverless cars have the potential to completely transform how people commute around their cities and towns, and Canada should be doing everything it can to keep pace with this developing technology. 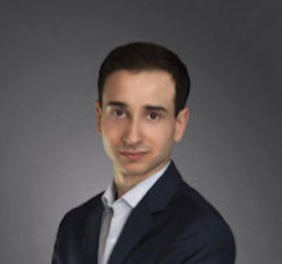 Ari Rush is the president and founder of Rush Ventures, a full service digital agency offering web development skills, paid marketing, and SEO services to businesses. Apart from its’ elite team of professionals, and dozens of positive reviews, Rush Ventures can boast a successful history of lucrative business dealings.