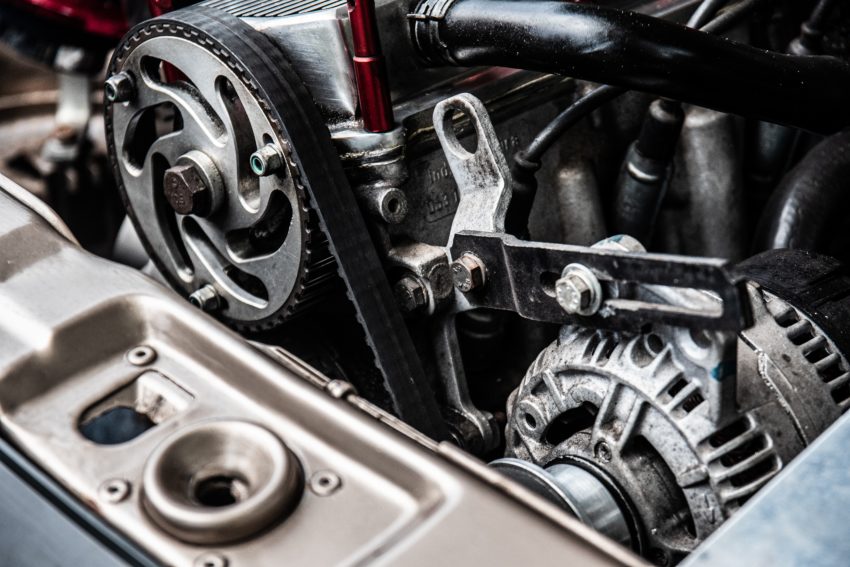 If you thought a battery was responsible for a cars operation, it is high time you learn about the alternator and its importance.

Many automobile novices do not know about the key component of their vehicle: the alternator. They think the battery manages and powers all the components of the car, but in reality, the alternator fuels the battery and charges the system. An alternator is usually camouflaged with the battery, so it is hard to detect when learning about a car’s anatomy. However, it is never too late to learn. Therefore, we have written this easy-going article to help you acknowledge the basics of an alternator.

What is an Alternator, and How Does it Work?

An alternator is the powerhouse of the electrical system of a combustion engine-run vehicle. It converts mechanical energy into electrical energy to charge the battery and operate the electrical system. The alternator is also called a vehicle’s generator and is responsible for producing electricity for wipers, headlights, radio, and other parts of the car. Therefore, when a car operates, the alternator supplies the required electric power to the car’s system and enables the battery to work. It also clears the fact that a car’s battery works because of the alternator, but not vice-versa.

Alternators are only present in vehicles with combustion engines and not on hybrid vehicles. It is bolted beside the battery and is steered by a serpentine belt. The belts are visually almost similar to spinning wheels in a hydroelectric dam and work the same way as a dam too.

How to Know If an Alternator Goes Bad

One of the most noticeable symptoms of a faulty alternator is a battery-shaped warning light on the dash. The majority of us think that indicates issues with the battery, but it indicates symptoms for the faulty electrical system of the car that includes the alternator. Why does it happen? It is because the alternator voltage either drops below or exceeds its required capacity that makes the battery-shaped light visible. This indication might not bother your driving instantly, but if overlooked, it will hamper the vehicle’s entire electrical system.

When the car dies, the first thing that comes to mind is that the battery might have died. The battery and alternator are so closely connected to each other that it becomes difficult to detect which one is causing the issue. However, there is a quick test which you can use to check it. Jumpstart the dead vehicle and immediately displace the jumper cables. After that, if the car dies shortly, it means the alternator is faulty. At the same time, if the car is still running after removing the cables, it means the battery has drained out and needs charging.

If the car is making unusual whining or grunt sounds from inside, it means the alternator needs a quick check. It can occur when the serpentine belt of the alternator is misplaced.

As the alternator runs the entire electrical system of the car, there are high chances that its wires can wear out at some point and burn. The foul wire burning smell is one of the indications of worn-out alternators caused by overheating. When the alternator works beyond its capacity, it starts to heat itself by pushing excess electricity; after all, it is a machine, and overworking is bound to damage it.

As the alternator is the powerhouse of your car, it handles every bit of accessories like the windows, windshield wipers, radio, headlights, etc. So, a damaged alternator will eventually hamper the functioning of these accessories. For example, if the car’s air conditioning takes longer to cool, the windows take longer to roll up or down, or the windshield wipers are accelerating, etc. Now, these accessories might have their issues, which the alternator has nothing to do with. You need to figure it out!

The inconsistent voltage flow due to faulty alternators takes a toll on car electrical equipment like headlights. The headlight can go too bright, too dim, or flicker due to excessive or insufficient voltage.

These are the few symptoms that indicate your car’s alternator might have gone faulty. An alternator cost is not as pocket-friendly as a regular car accessory. If you don’t want to empty your pocket buying an alternator, then don’t overlook any of these symptoms.

How to Make an Alternator Last Longer?

Alternators are the main component of a car with a combustion engine. Therefore, they are made to last long with the least maintenance. They are a maintenance-free component. Unless any mishap happens and it gets damaged, an alternator can live up to fifteen years at ease. Overheating the car frequently makes the alternator overwork, which is the primary cause of damage. Just like you clean and wash your car to help the exterior shine; similarly, once in a while, give your car some rest to keep the components alive. Next, you need to keep the engine compartment, where the alternator resides, clean and dry. Carbon fouling or oil leaks from the engine hampers the alternator’s flow and causes it to damage quickly.

Is it Cheap to Replace or Rebuild an Alternator?

In the worst-case scenario, if you need to get a new alternator, which option will you choose? Replacement of the set or rebuilding an entire alternator?

It is very costly to replace an alternator with a new OEM part, even though it is a quick option. However, the cheaper alternative is to rebuild an alternator. Your mechanic will take off the damaged one and give it to a rebuilding shop. Then, he will install the rebuilt one and give your car back. It is time-consuming but way cheaper than OEM replacement.

The option is up to you. If you think you can afford to buy an OEM aftermarket part to save time, then you are free to do so.

We hope that now you have gained enough knowledge on alternators and their importance for your vehicle. If you love your car, you have to care for the component running it. If you detect any troubles, it is better to take expert help to solve the problem rather than relying on the internet for DIY fixing.