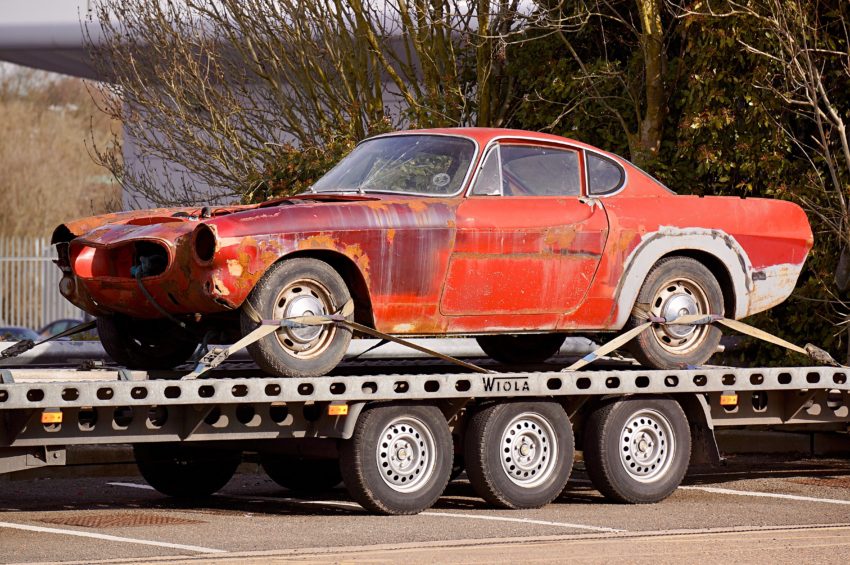 Getting a car towed can happen to anyone. Improper signage or a simple mistake can cause you to park in an illegal space, resulting in your car being towed. However, damage done to your car in the process isn’t justifiable. So, what happens when your car is damaged by a towing company in New Jersey, and can you sue for compensation if that happens to you?

If a New Jersey towing company has negligently or intentionally caused damage to your car, you can sue. The fact that you parked your vehicle illegally does not necessarily relieve a towing company of its duty to responsibly tow your car. If you suspect that the damage done to your car was the result of negligent care on behalf of a towing company, you may be able to file a lawsuit for compensation. After you collect your car, take photos of any damage. Approaching the towing company directly and with the support of an attorney can be helpful, but you might have to sue for damages should the company decline to compensate you.

Can I Sue a Towing Company for Damaging My Car in NJ?

Sometimes, signage isn’t clear. Other times we forget to move our car. Mistakes happen, causing you to park in an illegal space. When this occurs, a towing company will usually be alerted. While towing your car, the company should be responsible as not to damage it. However, negligence can cause damage to your car and may warrant litigation.

In New Jersey, you can sue a responsible party for property damage. In fact, according to N.J.S.A. § 2A:14-1, you have six years to do so. Parking illegally does not give leeway to towing companies to damage your vehicle. You have the right to sue for compensation of damages if a towing company has caused harm to your car.

As many services do, towing companies assume what’s known as a reasonable level of care. Cities often authorize towing companies to perform their duties. They must move your car from one place to another, without causing it damage. As professionals, they should inspect their equipment and follow traffic rules and regulations while towing your vehicle. Failure to do so is a breach of care and can result in damage to your car.

However, if your car itself contributed to damages incurred, then comparative negligence might apply. That being said, a towing company will be hard-pressed to prove that your car’s faculties had anything to do with the damage that occurred while in the care of the company. Even if it does prove so, comparative negligence laws don’t dictate that you cannot receive compensation in New Jersey. If comparative negligence is applied, the plaintiff’s percentage of fault will be deducted from their awarded damages.

How Can I Sue a Towing Company for Damaging My Car in NJ?

It could be several hours or even days before you locate your car after it’s been towed. Because of that, it can be a long time before you realize that the towing company has damaged your car. Sometimes, property within your car might be damaged or missing. In order to sue a towing company for damaging your car in New Jersey, there are few steps you should take.

As soon as your car is back in your possession, inspect it for any visible damages. Not every scratch or dent is obvious at first. You can do this as you collect your car, or once you return home. If you do notice any damages, document them. Take photos with timestamps to corroborate your claim that the towing company is to blame. Pictures and documentation will act as evidence for the New Jersey towing damage lawyers to use if you intend to file a lawsuit. The sooner you record these damages, the better.

It can also be helpful to get the damages assessed by an auto body shop. Experienced mechanics can give you a quote regarding the cost of repairs. The expected expense of fixing the damages caused by a towing company can be useful when requesting compensation.

Approaching a towing company on your own might not be successful. It can be helpful to send a letter from an attorney instead. If you have the support of an attorney, a responsible towing company might decide to forgo a lawsuit altogether and compensate you for the damages it caused to your car.

If all else fails and the towing company refuses to pay for the damages to your vehicle, it may be time to enlist the help of an experienced New Jersey car accident lawyer. Auto repairs can be expensive, and you shouldn’t be financially responsible for damages that you didn’t cause. Hiring a New Jersey attorney can give you an advantage, especially if the towing company that harmed your vehicle violated other New Jersey laws.

The New Jersey Predatory Towing Prevention Act was first passed in April of 2009. This law was created to address towing companies collecting vehicles from private properties without notifying the car owner. Without a knowledgeable New Jersey attorney by your side, you might not have realized that the towing company that took your car also potentially violated this Act.