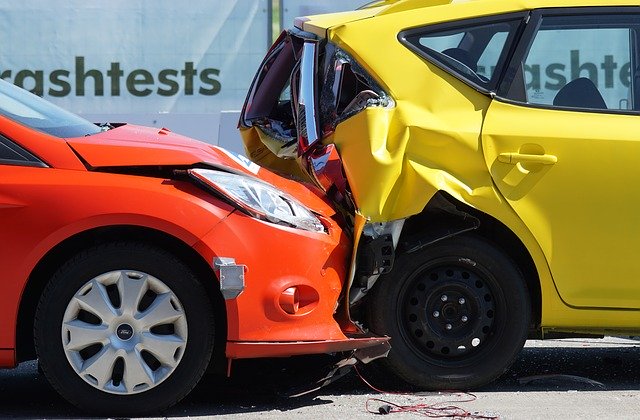 Unfortunately, car accidents aren’t a rare occurrence, and it’s almost inevitable you’ll be involved in at least once during your life. Some people are involved in several, and according to The Gomez Firm, a car accident lawyer in San Diego, once you’ve settled everything at the site of the accident itself and made sure no one is hurt, the next thing you should do is file a claim with your insurance company.

What happens, however, if your car insurance company denies your claim? The following is a guide to filing claims and what to do if your claim is denied.

When Do You File a Claim?

First and foremost, when should you file a claim?

There are three main instances where you might. The first is if your car is damaged. If the accident was the other driver’s fault, you file a claim with their company, and if it was obviously your fault, you file with your company.

If you aren’t sure whose fault it was, you would file a claim with both insurance companies.

If you have PIP or MedPay insurance, even if you aren’t at fault, you would file a claim under these.

If you’re injured and the other driver doesn’t have insurance or is underinsured, your insurance company should cover your losses if you have uninsured/underinsured coverage.

If there is minor damage to your car but no injuries, file a claim under the other driver’s liability insurance if it’s there fault so you don’t have to pay a deductible.

If it’s your fault and there’s minor damage or the cost to repair the damage would likely be similar to your deductible, you might not even file a claim.

How Do You File a Claim?

When you’re filing a claim, you would typically contact the insurance company and give them vehicle details, accident information and the contact information for witnesses and anyone else involved.

You’ll be assigned an adjuster who will be your contact person, and they’ll gather more information. If you’re going to file a personal injury claim with the insurance company of the other driver, you might want to get in touch with a personal injury lawyer before you do so.

An adjuster looks at the facts of the situation and inspects the damage and then makes an evaluation. Then, the adjuster can authorize final payment. If you sign a release, you’re accepting what they offer as payment in full.

If you’re at-fault and the other driver sues you, your insurance company represents you in court.

If the other driver is at fault, you have to deal with their company, and you may want to have legal representation.

What If Your Insurance Won’t Pay Your Claim?

You may file an insurance claim and have it denied.

If your claim is rejected, you need to figure out why and then that can help you figure out how to fight their decision.

Examples of why an insurance company may deny your claim include:

If your claim is denied and you think it was done unfairly, you do have options, and you don’t have to accept that as the final word in the situation.

First, you should request a letter that will outline why your claim was denied.

If you believe your company denied your claim for a reason that’s not fair or isn’t correct, you should contact the insurance adjuster and explain why you see it as a mistake.

If you live in a no-fault state, you should receive money for expenses regardless of who caused the crash.

One of the most important things you can do throughout the entire process, regardless of the specifics, is to keep detailed notes and records. Take photos, keep receipts, and keep a log of all your communication with the insurance company. Have a list of the names of the people you speak with and what you talk about.

Insurance companies can, unfortunately, go out of their way to make the claims process difficult.

If you ultimately find that your insurance company isn’t doing the right thing or that’s the case with the other driver’s insurance company, you should contact a lawyer who specializes in car accidents. When the accident is the fault of another person, you probably shouldn’t even wait to speak to a lawyer until there’s a problem.

The other person’s insurance company can use what you say against you, so working with a lawyer from the start can protect you.