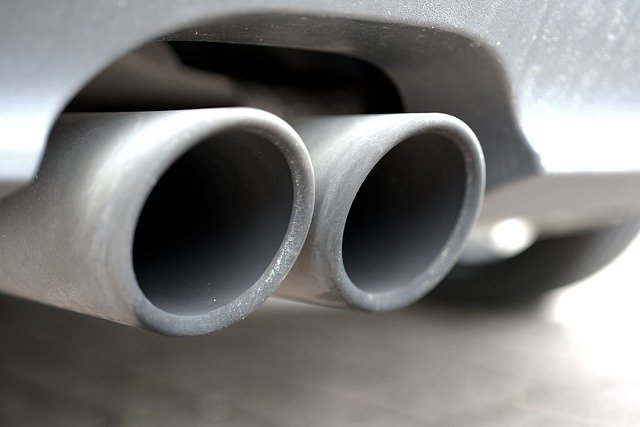 If you want to upgrade your car for performance, one of the first areas you might consider is the exhaust system.

The exhaust system of a vehicle is a set of piping that takes exhaust gas away from the controlled combustion located inside the engine. Aftermarket exhaust systems can improve power because they reduce what’s called the back pressure of an exhaust system.

How Does An Exhaust System Work?

Car aficionados often describe the exhaust system as one of the most important parts of the vehicle.

The exhaust system’s several components all work together to push gases to the back of the vehicle, and if the exhaust system isn’t working at an optimal level, it can reduce the efficiency of the engine.

There are four main reasons for an exhaust system. Along with keeping the exhaust fumes away from a vehicle’s passengers, an exhaust system is also used to minimize noise, improve fuel efficiency, and improve engine performance.

Your car produces six gases, and of these, three are toxic, which is why it’s so important that they are channeled away from the people in the vehicle.

The following are the components of an exhaust system:

What About Aftermarket Exhaust Parts?

The standard exhaust system is meant to create backpressure. Backpressure, at some level, is needed to power your vehicle, but it can also reduce the power.

The engine has to use some of the power being created to push exhaust gas out of the tailpipe.

That power is then not being used to power the vehicle while you’re driving.

The reason for aftermarket exhaust parts is to have components that aren’t as restrictive.

The following are some of the different parts you could add to your exhaust system aftermarket.

When you reduce backpressure by replacing your exhaust system with one that’s bigger in diameter, you can then get more horsepower.

Car professionals also feel that you want your exhaust system to work in an optimal way, and for that to happen, you should consider materials that are higher-end such as stainless steel and aluminized steel.

If you want to install a performance exhaust on your vehicle, you need to think about which type of system to go with.

One option is called a cat-back exhaust system.

A cat-back exhaust system begins at your catalytic converter and the replacements are in the pipes, mufflers, and tailpipes.

This will give you the freed-up horsepower and it will increase torque too.

If you are working to improve a street-driven performance car, this may be the best starting point for you.

A header-back system is one that begins at the manifolds or headers or your car. You replace your whole exhaust system in this case with pipes, converters, mufflers, and your tailpipes.

With this type of system, you would use pipes that have a bigger diameter and mufflers that are free-flowing.

We found an article written by Roadcartel.com called “how much hp do headers add?” They discuss in great detail about what are engine headers and the different performance exhaust systems.

Finally, when you first install an aftermarket exhaust system, you might need to expect that your mileage will be worse at first. This usually occurs because you’re excited, so you might be more likely to drive more aggressively than you would otherwise. It will improve.

Also, not all aftermarket exhaust options will improve the horsepower of your engine, so if that’s your goal, make sure you choose the right option to help you achieve it.