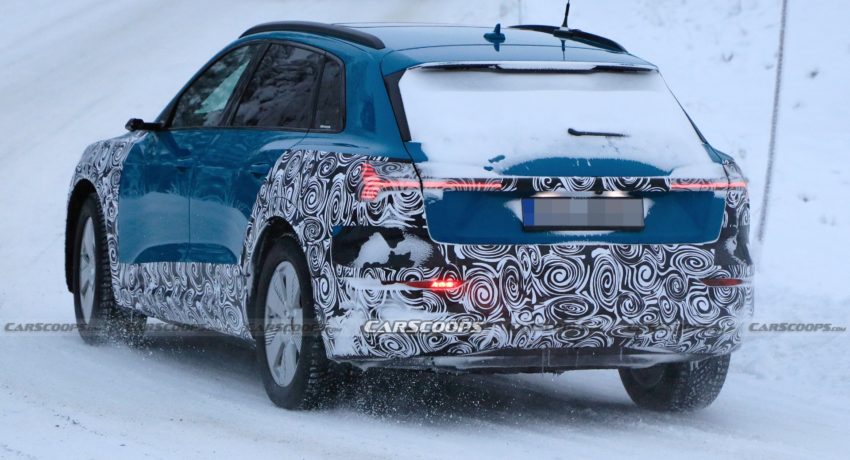 Audi’s flagship electric SUV, the e-tron, is up for a facelift in 2022 alongside the e-tron Sportback sibling, bringing subtle visual tweaks but significant updates on the technical front. Our spy photographers captured the electric SUV in cold weather testing in Scandinavia a few months ahead of its official debut.

Blue-painted, the prototype retains the camouflage wrap around parts of its body that will likely change in 2022. It is fitted with smaller diameter snow-tires and aero-style wheels.

Redesigned front bumpers will include a Singleframe grille featuring a honeycomb design, as well as different intakes. Side sills and camouflage of the front/rear bumpers could indicate a different style of plastic cladding. Headlights and taillights are expected to integrate the latest tech from Audi’s parts bin, while retaining an identical outer shape. Finaly, the lower section of the rear bumper will be modified.

Audi Rolls Out a Software Update for 2019/2020MY Etron SUV. This Adds 5 Percent Range 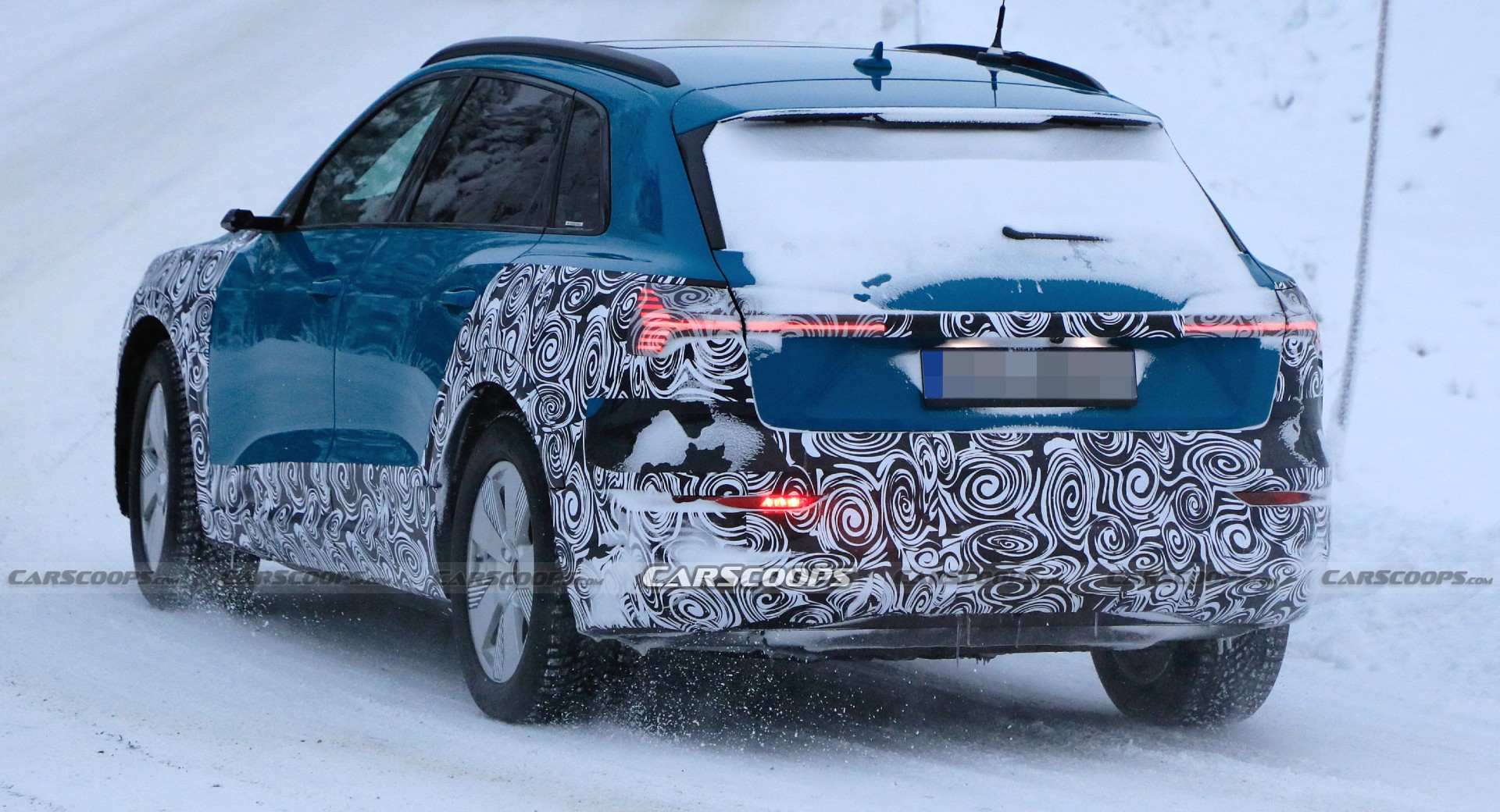 Interior changes are likely to be restricted to the new trim options and software as well as more ADAS system upgrades, since this facelift is a major overhaul. As a reminder, the e-tron was originally unveiled in 2018, followed by the e-tron Sportback in 2020.

Under the skin will be the most significant changes to the facelifted E-tron. A report from just a few months back suggested that the new SUV might have a range of 373 miles (600km) due to its use of more powerful electric motors and improved energy recovery. This number will be a significant improvement on the 274 mile (441 km) range that the current model has, which was considered one of the main flaws of its competition.

The e-tron is Audi’s first fully electric production model and probably the last to share the older MLB platform with ICE-powered offerings since newer models will be riding on the MEB (Q4 e-tron, Q5 e-tron) and PPE (Q6 e-tron, A6 e-tron) dedicated electric architectures.