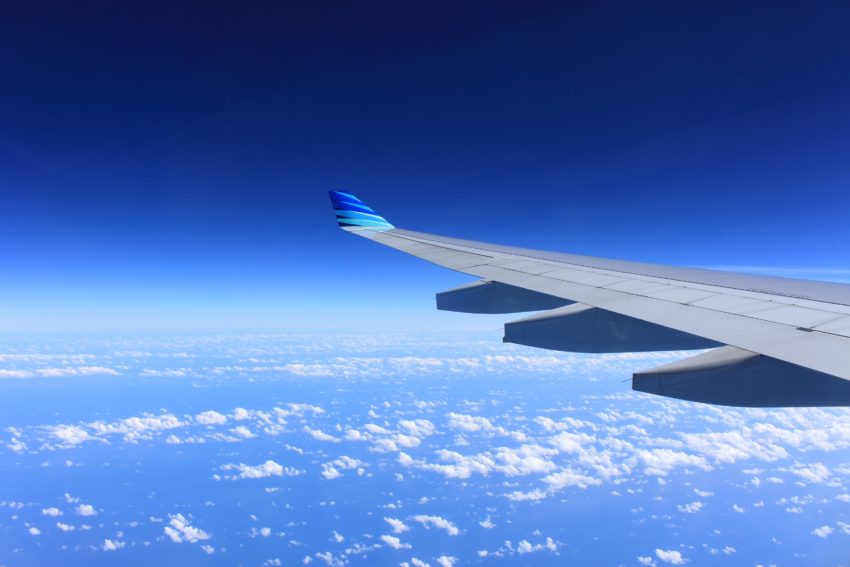 Whether you’re booking it cross-country in a car or waving to the fly-over states from the window seat, it’s more important than ever before that you follow some best practices and state and federal laws when it comes to traveling with a firearm. We’re covering what to do and, more importantly, what not to do so your trip doesn’t result in a pit stop at a police station (or worse).

How to Drive Cross-Country with a Firearm

When it comes transporting guns, driving from one town to the text usually doesn’t involve much planning: Protect your guns in some soft or hard cases, and hit the road. But traveling across state lines involves some legal concern. More planning is required, especially in states that have banned some types of guns. Here are myths, facts, and best practices you should keep in mind whenever you drive cross-country with guns.

Unless you’re traveling through a state that honors your state’s concealed carry permit – and you actively hold such a permit – you should never travel across state lines with a loaded firearm. You should also never keep ammunition accessible with your firearm. This is patently illegal in some states, and it could land you behind bars.

Some states say that traveling with a firearm that’s accessible in a container with no lock is a felony. It’s best to keep your firearms and ammo locked separately the entire time you’re on the road. A locking glove box or compartment built into your vehicle does not count as a lockable container.

A common question is, “Can I travel through a state where my firearm is banned?” The answer is yes. Surprisingly, you can. The Firearm Owners’ Protection Act recognizes that gun owners have a federal right to travel through a state with restriction gun laws. Importantly, you cannot stop and use such banned firearms in that locale or state. The language of the protective act reads:

“18 USC § 926A. Notwithstanding any other provision of any law or any rule or regulation of a State or any political subdivision thereof, any person who is not otherwise prohibited by this chapter from transporting, shipping, or receiving a firearm shall be entitled to transport a firearm for any lawful purpose from any place where he may lawfully possess and carry such firearm to any other place where he may lawfully possess and carry such firearm if, during such transportation the firearm is unloaded, and neither the firearm nor any ammunition being transported is readily accessible or is directly accessible from the passenger compartment of such transporting vehicle: Provided, That in the case of a vehicle without a compartment separate from the driver’s compartment the firearm or ammunition shall be contained in a locked container other than the glove compartment or console.”

Under the FOPA, a firearm includes any rifle, shotgun, pistol, short-barreled rifle, short-barreled shotgun, and any silencer or destructive device. Yes, that includes grenades. Of course, you must have the proper licensing to own some of these firearms under federal law, since they may be regulated under the National Firearms Act (NFA).

“Does this mean I’m exempt from states’ gun bans?”

In most cases, yes. But only if you’re traveling through the state and only if you’re allowed to own the firearms you’re transporting under your own state and federal laws. There is a major caveat: Some states treat the FOPA protections as an “affirmative defense” after you’ve been detained or arrested. In this case, the burden of proof that you’re exempted from state laws is on you.

For example, you could legally travel from Oregon to Arizona through California while transporting a firearm California has banned, like most configurations of the AR-15 rifle, or any firearms built using 80% lowers. Many states have banned such firearms, but FOPA still allows you to travel through those states with these guns. But you might be detained or even held by police in that state if agencies or officers are unaware of (or willfully disregard) the Act and its protections.

To help ensure you remain protected under FOPA across state lines, it’s best to obey all traffic laws and local laws. Don’t speed or give law enforcement an excuse to detain you for other infractions. Don’t make any extended stops in the state, especially overnight. Stopping for fuel is acceptable.

“What if I have a concealed carry permit?”

Many states have concealed carry reciprocity: Laws wherein one state recognizes your right to carry a concealed weapon because you’re licensed to do so in your state. You can use this interactive map, courtesy of the USSCA, to see if your state’s permit is recognized by any states you will travel through. If your permit is not recognized by a state, don’t travel through that state with your firearm on your person, nor loaded or unlocked.

“What if I get pulled over?”

We believe it’s a best practice – for your safety – to immediately notify a law enforcement officer you’re in possession of a firearm only if you’re carrying concealed. If your firearm is stored and locked, not easily accessible and out of view, you probably don’t need to worry about it unless the officer asks questions about what you’re carrying or where you’re headed. Don’t be an open book, but don’t lie or hide anything. Remember the Firearm Owners’ Protection Act.

How to Properly Fly with a Firearm

For air travel, your firearm needs to be stored in a hard-sided locking case. The TSA provides some firearm transport guidelines here, but the specifics on what type of gun case is acceptable remain vague.

If you wouldn’t trust your gun case to keep friends and family from opening it at home, don’t use it when you’re flying.

A case like the Plano All-Weather is a popular choice for long guns. For handguns, a similarly constructed case like this padlock-able Case Club Pistol Case gets the job done.

Don’t use TSA-accessible locks! TSA guidelines specifically prevent any personnel at an airport or airline from accessing your firearms’ locking containers. Do not use TSA-accessible locks. Instead, use regular padlocks with a key that only you retain. If, for any reason, security or airport personnel need to access your firearm container, they will personally contact you. Guidelines state that you must be present when any container is being opened.

Lock your ammo separately. You can fly with ammunition, but it is a felony to keep ammunition accessible with your firearm in the same locked container. Ammo must be checked in a separate, hard-sided locking container. You can’t have loose rounds, either. They must be packaged in their original cardboard boxes or other containers inside the case.

Call your airline and airport before travel. Reach out to your airline and contact TSA at the airports you’ll be flying in and out from and ask questions about flying with a firearm. Some airlines have guidelines or restrictions. Getting in touch with TSA before your departures will make for an easier check-in process so you don’t miss your flights.