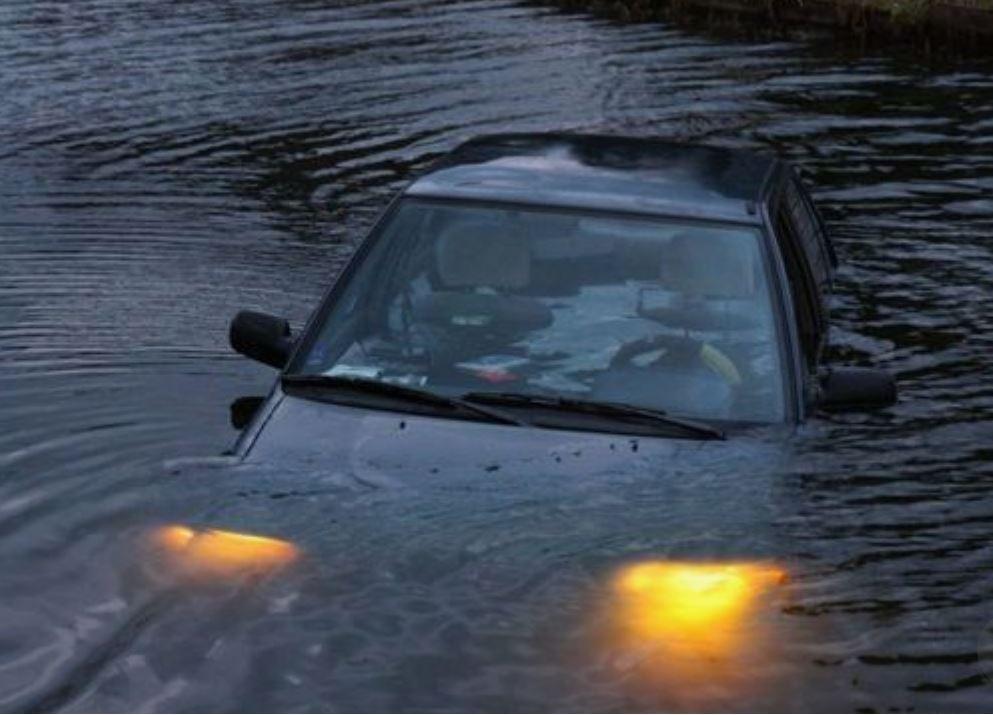 Very little is known about drowning deaths that occur as the result of crashes in which cars are submerged in deep water. Each year in the U.S., there are roughly 1,200 – 1,500 submerged vehicle incidents resulting in as many as 400 deaths by drowning, according to data collected by the National Highway Traffic Safety Administration (NHTSA). Florida leads the nation in such deaths with at least 57 fatalities each year resulted from approximately 4,800 crashes ended with a car in the water.

Accidents in which cars end up in water are much more complicated than many other types of accidents. Before the car actually hits the water, it has often skidded or rolled over before landing. This causes serious injuries, which could make the escape from the immersed vehicle extremely difficult or even impossible. Some people involved in these accidents survive, some, unfortunately do not.

Non-fatal drowning occurs when a person has been unable to breathe after being underwater. According to the Utstein guidelines, drowning refers to “a process resulting in primary respiratory impairment from submersion or immersion in a liquid medium.” Liquid enters the lungs and prevents the person from getting enough oxygen. Many non-fatal drowning will leave a long term impact on the person who drowned ranging from acute respiratory distress syndrome to brain edema or total loss of basic functioning.

What if you have less than 1 minute to save your life?

Being trapped inside a sinking car is a very tragic and scary situation, but if you act quickly and don’t panic, you and the passengers will have a good chance of escaping. In researches done on the subject, it was found that before sinking, most vehicles will float on the surface of the water for 30 – 120 seconds. This is the best time to make every attempt to bail out of the vehicle.

Informing the public about the escape procedures that should be followed in order to reduce fatality is a matter of the utmost importance:

Remember this mantra: seatbelts, windows, out

If you are in deep water you have to get out as quickly as possible because of the relatively limited time frame for self-rescue. Dr. Gordon Giesbrecht, a Canadian physiologist who operates the Laboratory for Exercise and Environmental Medicine at the University of Manitoba, who conducted well-designed research including 35 vehicle submersions, believes people should know what to do before they find themselves in a situation like this. Dr. Geisbrecht also trains law enforcement officers and other civilians on underwater-vehicle escape. With enough know-how, survival is definitely possible. Here are three simple, quick, and easy to remember rules of survival:

Drowning accidents can result from a wide variety of negligent actions ranging from bad visibility to poor highway design, to other drivers’ lack of caution. Getting into a car accident can lead to several devastating effects on the human body limited the victim’s ability to earn wages.

Because of the serious nature of crashes in which vehicles end up in the water, preventive measures are highly recommended. For instance, the Florida state law requires driver’s education programs to cover traffic safety laws meant to ensure safe driving. Proper seat belt attachment is a very important measure to prevent injuries before and while hitting the water and thus increasing the chance of survival. It would also be advisable for car manufacturers to pay more attention to door locks, windows, and other facilities that play an important role in escaping or being rescued.

If you have suffered a serious injury after a car accident involving water, you have the legal right to file a lawsuit against the negligent parties that caused or contributed to your accident.

Sean M. Cleary is the founder and president of the Miami, Florida-based The Law Offices of Sean M. Cleary. With an in-depth knowledge of car accident law, he has been able to help people injured in all types of car accidents and recover compensation for the victims. Sean M. Cleary represents plaintiffs in a wide variety of complex cases, including product liability and wrongful death actions.