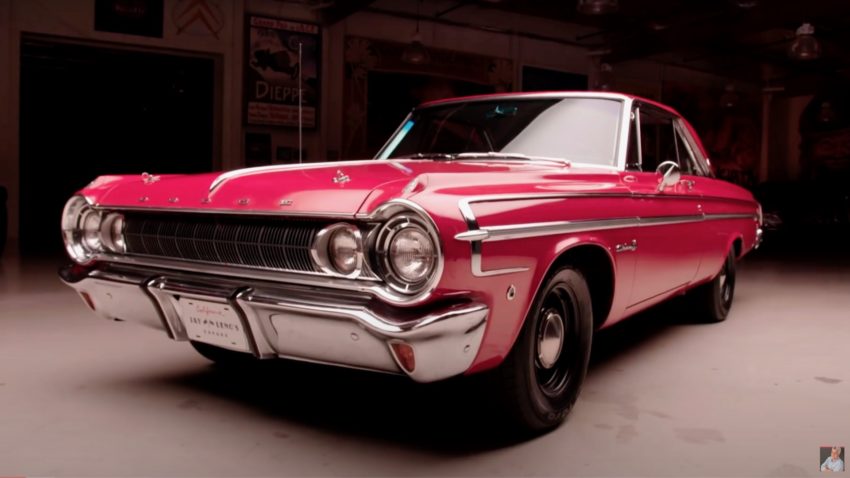 Jay Leno’s Garage’s latest episode features what can be described as a prototype-muscle car. The 1964 Dodge Polara is equipped with an enormous V-8.

The Pontiac GTO, which was introduced in 1964, is widely considered the start of muscle cars. Some cars, however, were made to fit this template either before, or at almost the same moment as, the GTO.

Most Polaras came with simple powertrains. This one, however, has the Street Wedge 426-cubic inch engine. The Street Wedge engine has the same displacement of the 426 Hemi but is different because it does not have hemispherical combustion chambers. It has a 4-speed manual transmission with Hurst shifter, and a floor-mounted Tachometer.

Chrysler introduced the 413-cubic inch Wedge engine to Dodge and Plymouth road cars in order to comply with homologation requirements of NASCAR drag racing. The Wedge engine is the direct precursor to the 426 Hemi. This engine debuted in racing form shortly before making its way into road cars.

Although the car’s exterior remains largely unchanged, it has modern hardware, such as an MSD ignition system and Optima battery. Wilwood disc brakes are also included. The exhaust cuts are also included, so make sure to watch the video for that unique exhaust note.