M-Sport is known for competing in WRC stages with their Ford Fiesta – soon to be replaced by the hybrid Ford Puma – but their latest project is quite different. We are talking about the “Pandamonium”, a custom rallycar version of the first-generation Fiat Panda 4×4 that packs some serious power under the bonnet.

While the Pandamonium looks like a Fiat with widebody kits, it’s actually built on an original Ford Fiesta R5 chassis (2013)-2019. The flat bonnet conceals the turbocharged EcoBoost engine, tuned by M-Sport. This engine produces just under 296 HP (224kW / 300 PS), and 450 Nm (332lb-ft). The power is transmitted to the four wheels via a five-speed sequential Sadev gearbox, which also includes bespoke front/rear differentials.

Between its inception in 1980 and 2003, when it was retired from production, the Fiat Panda had a very long life span. The model used by M-Sport as a base for the exterior is a facelifted example from the ’90s. To fit on to a racing car chassis, Panda had to go through several modifications. First of all the wheelbase is longer, measuring 2,480 mm (97.6 inches) instead of the original 2,160 (85 inches), with significantly wider front and rear tracks and larger-diameter wheels shod in Pirelli P-Zero tires.

While the Pandamonium maintains its boxy form, the wide-bodied body kit elevates it to the level of a true Panda. Custom-designed parts include the boxy front and rear fenders adding 360 mm (14.2 inches) to the width of the car, a new front bumper with larger intakes and an integrated splitter, wider side sills, and a rear diffuser housing a centrally-mounted exhaust pipe. 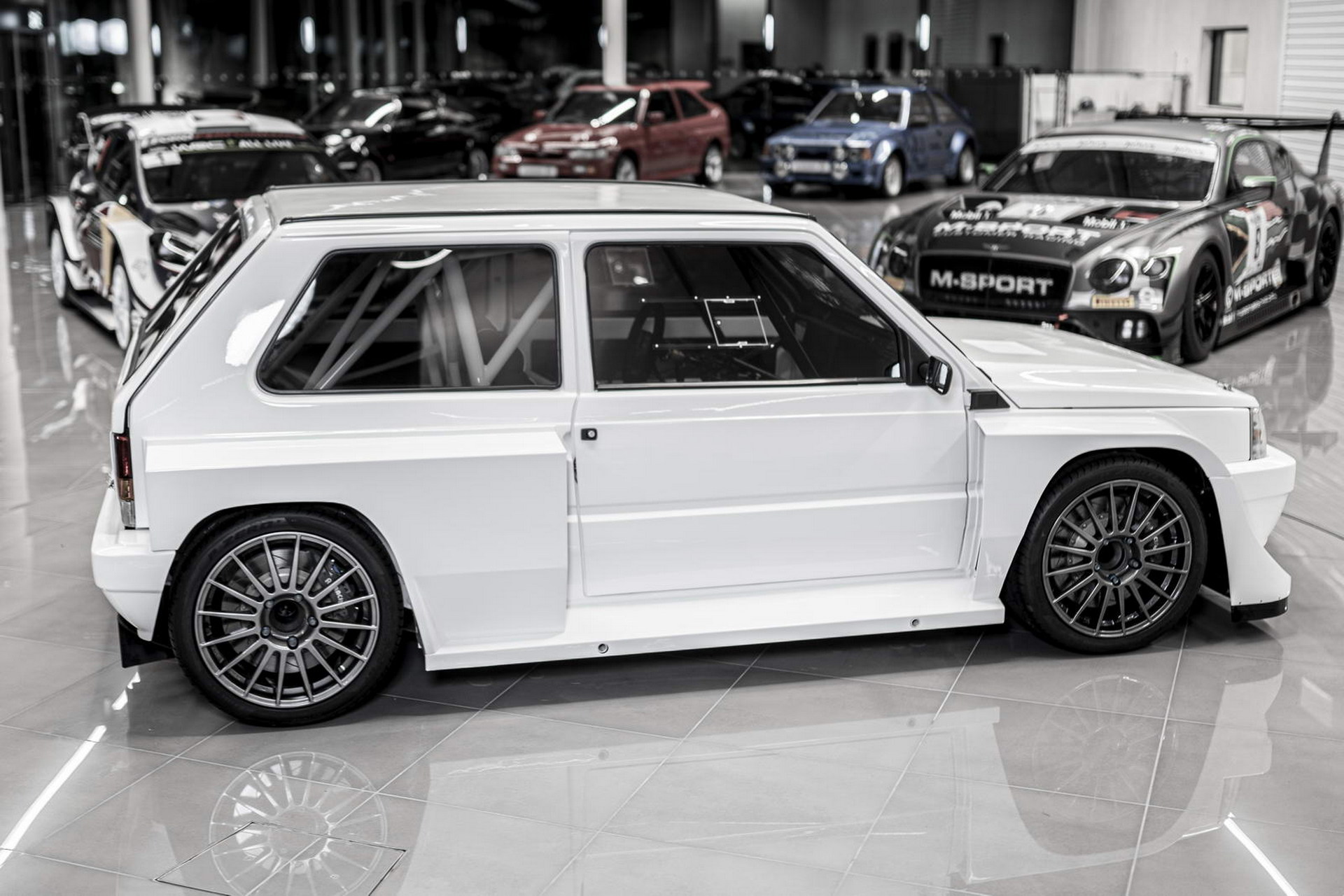 The interior contains a FIA approved roll cage, racing seats with 6-point harnesses and a new steering column. There are also the required switches to control the vehicle.

While the Pandamonium is a special one-off, M-Sport Special Vehicles launched the M-Sport Special Vehicles division. This suggests similar future projects. Malcolm Wilson, former rally driver, and owner of M-Sport, said: “We are geared up and ready to accept new clients with unique commissions of their own. M-Sport Special Vehicles is our new bespoke car building service which is only possible thanks to the opening and introduction of our new test track and manufacturing facility that are within the Dovenby Hall Estate.”