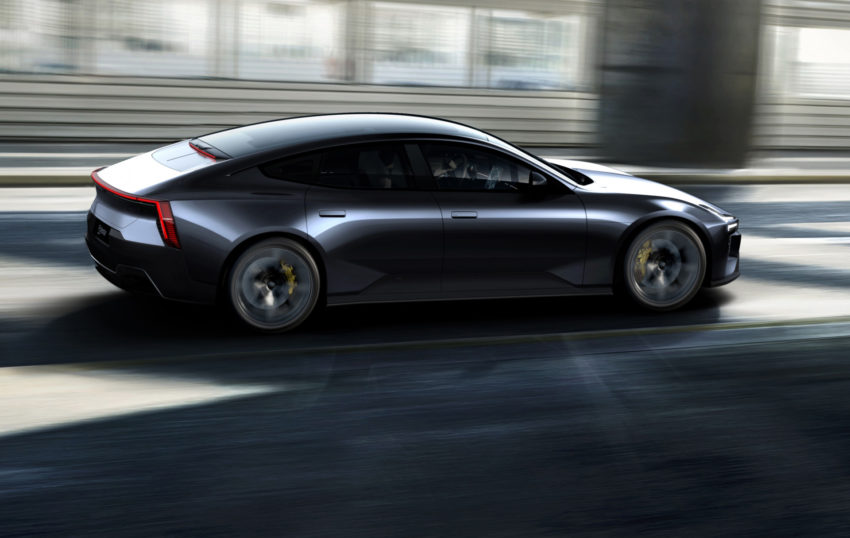 Polestar has given us our best look yet at the production version of the company’s 2020 Precept concept car, development of which is being handled at an R&D center opened in the U.K. in 2019.

This mid-size, electric hatch was announced as the Polestar 5 in September. The car targets the Porsche Taycan (and high-end Tesla Model S) and will go on sale in 2024.

On Tuesday, a teaser photo confirmed that Polestar 5 closely mirrors the Precept concept. Of course, there will be some changes. Polestar produces a series of videos that document the progress of the car. This latest episode shows more of the Polestar 5 while highlighting differences between the Precept and the Polestar 5.

An earlier image shows a prototype being assembled at the U.K. R&D center, and reveals that the Polestar 5 has lost the suicide-style rear doors of the concept in favor of traditional doors. The car’s rear end is marked by a solid B-pillar as well as rear door handles. The dimensions appear to have decreased slightly, particularly at the rear.

For the Swedish performance EV brand, Polestar 5, there is a new design language. This language will not be used on every model, however. This honor is shared by the upcoming Polestar 3 crossover, which will also be based on the redesigned Volvo XC90. These crossovers will arrive in 2022 at Volvo’s Charleston plant, South Carolina.

Although it is not yet confirmed, Polestar 5 will most likely be riding on an electric version of Volvo’s SPA2 platform that debuts in the new XC90.

Polestar Precept enthusiasts will have the opportunity to see it up close in the near future. Polestar stated that the concept would soon go on a public tour to the U.S. and visit the Polestar Space brands stores around the country.