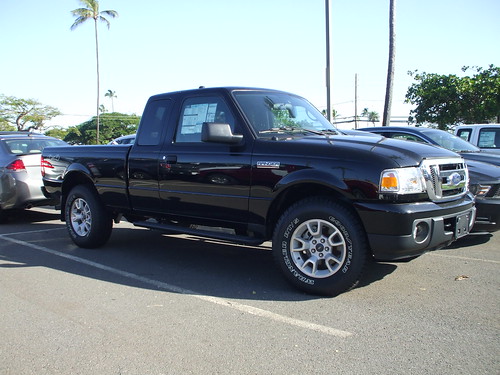 As always, the first thing you ask when shopping for a new ride: Is the 2020 model that different from the 2019? Here’s what you should know about new and used Ford Rangers.

The 2019 Ford Ranger was an all-new version of the long-running nameplate. As a first edition model, the critics praised it. Consumers snapped it up.  Drivers really appreciated the 270-horsepower engine.  Compared to the Chevy Colorado, Toyota Tacoma, or Nissan Frontier, there’s no four-cylinder engine choice to slow this truck down.

Since the Ranger returned to Ford’s lineup for 2019 after an eight-year time span, there are no 2012-2018 Ranger models. Any used models you’ll find on the market are from 2011 and before.

If you are looking for a great hauler, you will find it with the 2019 model — plus it is a hard worker while still looking sporty. It features Ford’s popular 2.3L EcoBoost engine. This midsize truck can pull a trailer with a maximum towing capacity in excess of 7,500 pounds.

The 2019 Ford Ranger’s practicality will appeal to a lot of drivers. As a mid-sized vehicle, not only will the Ranger be easier to park than the F150, it will offer additional fuel savings.

Some of the standard features found on the base Ranger include a 3.5-inch dash display, a four-speaker sound system, and cloth bucket seats. Even if you upgrade to the more luxurious XLT trim, you’ll still be able to stay way under the F-150 price tag.

Ford has put much effort into making the 2019 Ranger a safe truck. Except for the base model, all of the trims have a Co-Pilot360 safety package. Automatic high beams, forward emergency braking and pedestrian detection are among its optional safety equipment.

Drivers can take advantage of the 2019 Ranger’s user-friendly controls along with an intuitive entertainment system and a no-nonsense climate control system. The convenient WiFi hotspot can have up to ten users.

For the 2020 model year, the Ford Ranger midsize pickup truck only has a few changes. There is more standard equipment on XLT 2020 models. It boasts a new FX2 Package available in rear-wheel-drive models with some added off-road features.

The only other new offer for the 2020 Ranger is updated color choices. Otherwise, the 2020 Ford is unchanged from the 2019 model.

You can spring for the used Ranger and not miss out on much because the 2020 model sees so few notable updates.  A 2019 Ranger will be just as high-tech, just as strong, and just as modern in every way. However, since the Ranger rejoined Ford’s lineup only last year, you may be hard-pressed to find one.You will definitely have to search places that have a big inventory of used trucks for sale.

Of course, you may want to look at other brand midsize trucks. 2019 Toyota Tacomas tend to have more standard safety equipment, including two extra airbags. The 2019 Honda Ridgeline, which has a standard SUV-sized cabin, has more features, including an in bed trunk.  The 2019 Chevy Colorado has more basic entertainment technology and has been the ruling champion when it comes to towing with its V6.  It also has a built-in bed step.

Back to the Ranger, the 2019 truck rolled into showrooms in 2018 and was declared by critics as among the top midsize pickup trucks on the market. With few changes to the 2020 model, the 2019 Ford Ranger is a great choice whether you are looking for a daily-driver or need a vehicle for traveling off road.