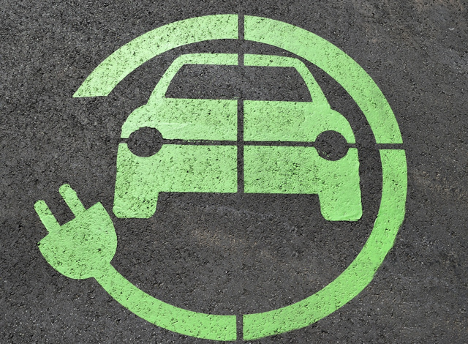 As the world grows ever more aware of the dangers of climate change, many people are looking for ways that they can reduce their environmental impact. One of the best places to start is with transport – around 11.9% of global greenhouse gas emissions come from road vehicles, making them a huge contributor to climate change.

One way that the automotive industry has sought to tackle this is by introducing electric vehicles, bypassing the need for burning petrol or diesel as traditional internal combustion engine (ICE) vehicles do in order to eliminate the greenhouse gases produced while driving.

However, electric vehicles are far from a perfect solution, and while they don’t produce emissions whilst driving, that doesn’t necessarily mean they’re a zero-emissions option. Due to the energy and resources needed to manufacture and power electric vehicles, they still have an environmental impact. So are they really a greener option than traditional vehicles?

In order to produce electric vehicles, the raw materials needed to manufacture them need to be obtained. Doing this involves a long process of extracting, refining and transporting raw materials like metals and plastics before they can be manufactured into car parts. This is a highly energy-intensive process from start to finish.

However, this is no different to the production of traditional vehicles; for the most part, the greenhouse gas emissions and other environmental impacts at this stage are largely comparable between the two. Where electric vehicles begin to differ is their batteries.

Since electric vehicles rely on their batteries to store the power that keeps them running, rather than producing energy on the go through internal combustion, these batteries need to be far more heavy-duty than their counterparts in traditional vehicles. This means extracting rare earth elements like lithium and nickel in larger quantities.

These elements are much harder to extract than other materials, leading to greater energy consumption and in turn greater emissions in the manufacturing process of electric vehicles. These batteries are also harder to recycle than traditional car batteries, making them more likely to end up in landfill at the end of their life.

However, even with the added consideration of the specialist battery, electric vehicles manage to offset the impact of their manufacturing process over the course of their lifetime. According to the car lawyers at Skaug Law, the likelihood of injuries and fatalities in car crashes of electric or self-driving vehicles is lower than their conventional counterparts too.

Where you get your energy from matters

No matter how green electric vehicles are in principle, they have to get their electricity from somewhere, and that could mean they still indirectly contribute to greenhouse gas emissions when charging. If you live somewhere where the grid runs primarily off renewable energy sources, this is no problem.

However, if your region’s electricity grid runs mainly on fossil fuels, then charging an electric vehicle still drives demand for these fossil fuels to be burnt, releasing greenhouse gases into the atmosphere.

This might seem like a big hit to electric vehicles’ credibility as eco-friendly, but in reality, it largely affects the scale of their emissions savings rather than whether they’re eco-friendly, to begin with.

Research suggests that in 95% of the world, driving an electric car still produces fewer emissions through energy demand than driving a petrol car would produce in exhaust fumes. The only exceptions are a minority of countries like Poland which still run most of their electricity grid on coal power stations.

So are electric vehicles the greener option?

All things considered, the answer is yes – usually. While electric cars have more of an environmental impact during the manufacturing process due to their resource-demanding batteries, this is offset by the emissions they save while running. However, the exact amount of emissions they save can vary based on several factors – which model it is, where its energy comes from, and what happens to its battery at the end of its life, to name a few.

Overall, though, electric vehicles are a significant step towards lowering global emissions and reducing the threat of climate change. They’re not a zero-emissions solution, though – if you want to cut out your travel emissions entirely, you should grab your bike or your walking shoes and travel under your own steam.