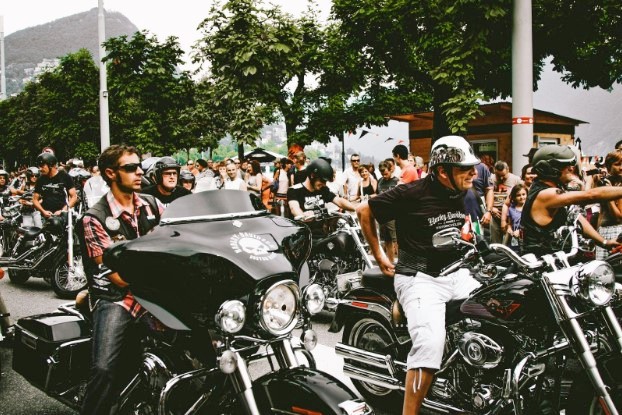 We all, as humans, have passion in our lives. Some enthusiasts chase their dreams and make it their living. But some just want to enjoy their passions only as a hobby. They believe that the pressure of earning a living out of their passion can ruin their love and affection for it. These hobbies or desires can be personal or they can make you part of a massive cult-like member of a band, which shares your enthusiasm.

For many adults, one such passion is motorcycle riding. This trend has taken a whim in recent times; many passionate motorcycling ridings groups have emerged on the scene.

Motorcyclists have their own culture within the cultures. They prefer to dress in a certain way, they like to talk in their lingo, and they have their sense of belonging. Since there are many motorcyclist groups, every group has its separate unique identity, which makes them different from the other. Additionally, in every motorcycling group, every rider has his/her traits, ride preferences, and personality, which make that cult unique. Let’s sort some of the types of motorcycle rider while you check which one are you?

Harley Davidson is one of the oldest bike manufacturers in the world; they are the ones that provide a class and self-esteem to the riders. Many motorcyclists are true Harley Davidson fans because of its legacy and genre in motorcycles.

Harley Davidson fans don’t believe in the technology, design, engine capacity, and comfort of other brands. No matter what happens, they don’t ride on any other bike. They are like Apple-fans of the motorbike industry. In every enthusiastic motorcycle riders’ community in the United States, like the Colorado Motorcycle Community, there must be one rider with a Harley debating on the lack of taste and authentic feel by the other motorcycle manufacturers.

They don’t like to ride in the city. According to them, real riding is riding to far-fetched international areas exclusively on bikes. They believe that motorcycles can reach anywhere if accompanied by a competent rider. They prefer riding solo to achieve their target destination rather than waiting for the group to join. If you are not an adventure seeker, it is hard to find these types of riders on the city roads.

These guys love their bikes above everything else in the world. They cannot trust any mechanic or maintenance specialists with their motorcycle. According to them, they are the best mechanics of their rides. Not only just oil change or regular maintenance, but from small fixes to revamping their engines, they want to do it all themselves. When other riders bring minimum stuff like cash and mobile phones during their rides, DIY guys will carry the best scaled down toolkit in the littlest areas available on the bike.

Regular riders are typically skeptical about riding on rough roads and unattended highways with the fear of significant breakdown or wear and tear. But DIY gangs would be ready for any unforeseeable situation, be it gas tank leak, clutch cable failure, or a tire doddle.

Most of us would have experienced them on the roads – they are the thrill-seekers at the cost of their lives. The Squids are dangerous, but for themselves only. It is wise to stay away and let them create the scene for themselves.

The Squids prefer to ride too fast in traffic on the open streets, pulling wheelies and other stunts, and whatever that would satisfy their insanities. They also tend not to take safety seriously, and you can find some of them cutting through traffic without safety equipment, wearing baggy clothes, and sneakers with some funky shades. Bikers, in general, like the Freaks as they bring the thrill in the group, but sometimes they are being hated because of the bad name they bring to the community.

In the world of Instagram, these types of riders are growing in numbers, and maybe you are one of them. You would find them more in the “Discover” feature of Instagram than riding on the roads. The Posers are the ones who would acquire every new shiny gear and spend most of their time stopping nearby bars and gas stations. They don’t know the nitty-gritty of bikes, and they avoid biker conversations altogether.

One quick trick to identify them is to check the miles on their bikes. Sadly, their miles are on the low end as they never ride for a decent amount of track.

Motorcyclist groups or communities are one of the subcultures of our culture and society. For them, motorcycling is an expression of freedom, lifestyle, and adventure. Every community or group has shared love and purpose that brings them together, irrespective of their personality types and preference.