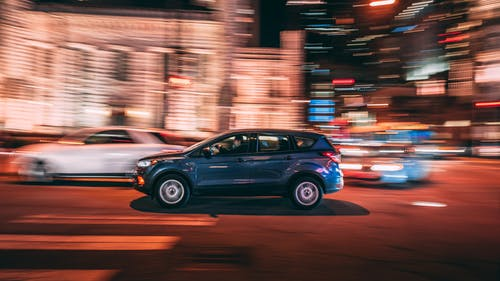 Is there something specific that you look for in a car when the time comes for you to get one? The answer most people would give would be safety. You may look at crash test ratings when you start studying your options, always having in mind the fact that you and your loved ones are going to spend countless hours in this vehicle. What else should you know about which cars offer the greatest safety before making the purchase?

It may be difficult to believe that the color of a car might have an impact on whether it is more likely that it would be involved in an accident. Statistics, however, do not lie and they reveal some interesting facts.

The most dangerous cars seem to be black. Could it be because it is much more difficult to see a black car when you are driving at night or when there is not enough light? It may also be that black cars tend to not stand out from the scenery that surrounds them. Whatever the reason, black cars seem to be involved in more accidents than other colors. But even knowing this fact you may not be dissuaded from purchasing one being that this is the most popular car color around.

Similar to black cars, grey cars are not too far behind when it comes to accidents. It may also be that they are harder to spot when the light is dim or there is none. If you want to go with a safer bet, yellow cars seem to be involved in fewer crashes than other colors. It may simply be because they stand out much more. Could this explain why school buses are painted this color?

In general, smaller cars tend to be involved in more accidents than larger ones. This includes four-door microcars as well as sports cars. In some cases, this might be explained by the fact that smaller cars tend to be less expensive and thus favored by younger, more inexperienced drivers. At the other end of the spectrum, SUVs tend to have fewer deadly accidents.

The cars that are most likely to be involved in an accident include:

Ford and Chevrolet – This may be due to the fact that there are so many Fords and Chevys on the road since they are among the top-selling brands in America.

Toyota – As the second-most popular brand in a state as populous as California, Toyotas are involved in a great many accidents on the road. Close behind are Honda and Dodge, also most likely due to their popularity.

Have you been involved and injured in a car accident?

If you have, you might be wondering how to proceed or what your rights are in this case. You may want to learn a bit about car accident law or, better yet, make an appointment and talk to a car accident lawyer who can explain to you what your options are. You don’t need to put aside taking care of your health in order to take care of the legal matters. Get the medical help you need and concentrate on recovering from your injuries. Let a car accident lawyer help you by taking over the legal aspects of your case.