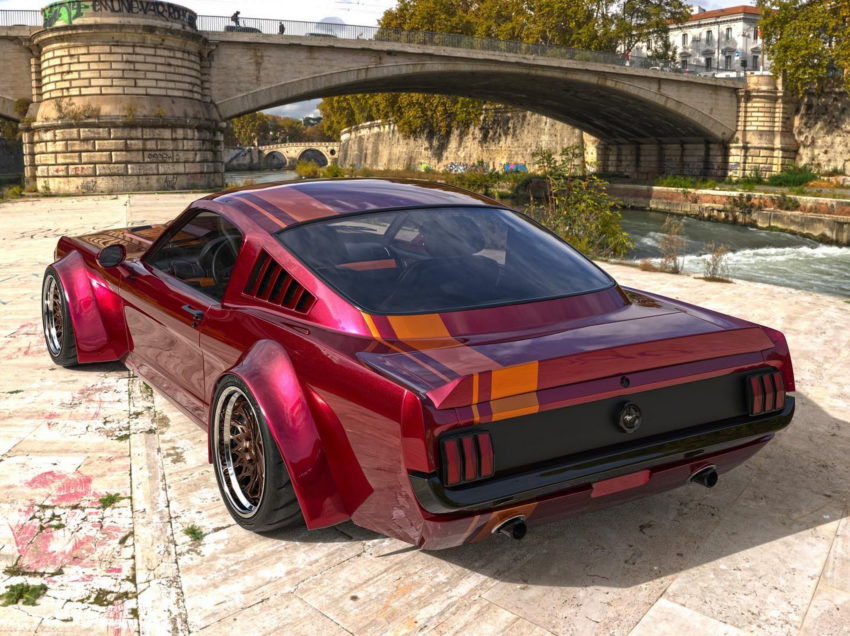 The images in this article were rendered by Abimelec Designs. Custom FN Customs, a Californian tuning shop, is believed to be building the unique creation.

This render from Abimelic Design, commissioned by Custom FN Customs, shows just how custom car design is pushing the envelope. Combining numerous cars, we’re not quite clear about whether it’s a Frankensteinian abomination or a pleasing mashup.

It is a Mustang body. Based on a 1965 model, according to the designer, it’s clearly highly modified and the wide fender flares give a much more modern look.

The pony car’s front fascia may be a little too modern for its age, but the Dodge Challenger Hellcat-style front fascia makes a big difference. It works pretty well from a design standpoint, although I’m sure that Ford and Mopar enthusiasts will disagree.

Read Also: You Could Buy This VW Polo Off-Roader With Nissan Terrano II Underpinnings For Less Than $3k

But the wild combinations from tradition don’t stop there. That’s because the chassis for this apparently American car is coming all the way from Germany.

That’s right, under all the bodywork will be an E46 BMW 3-Series, meaning that there isn’t even a V8 under the hood but rather a straight-six. While Mustangs were by no means strangers to straight-sixes, they’re certainly not the best-remembered Mustang engines. It’s possible to import it from a BMW though. 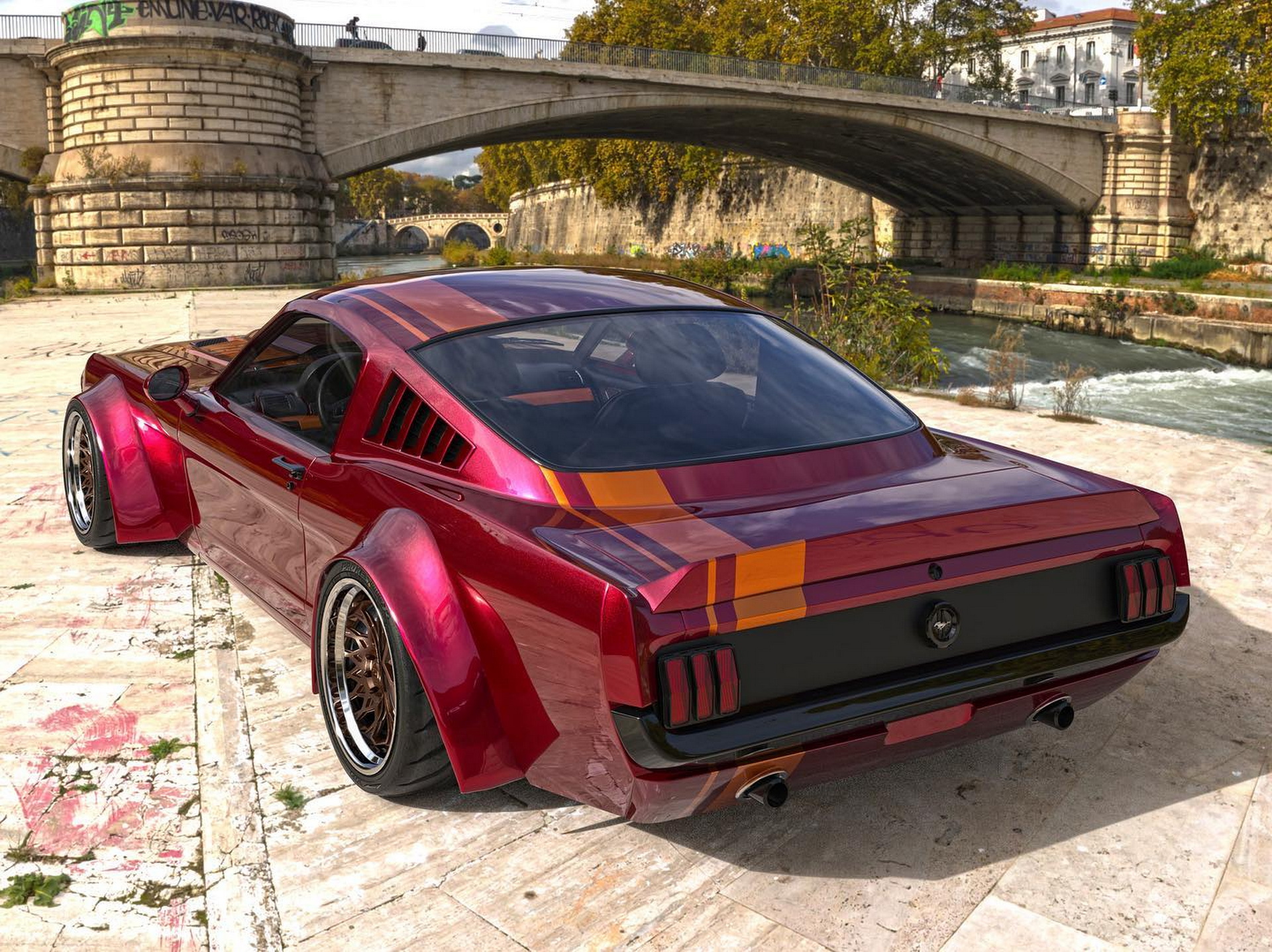 This is not a fantasy build. The rendering was commissioned by Custom FN Customs, a shop in northern California that is said to be is in the process of building the car that will be named “Wallenstein”.

Does all that suffice to defend the structure? Let us know your thoughts.