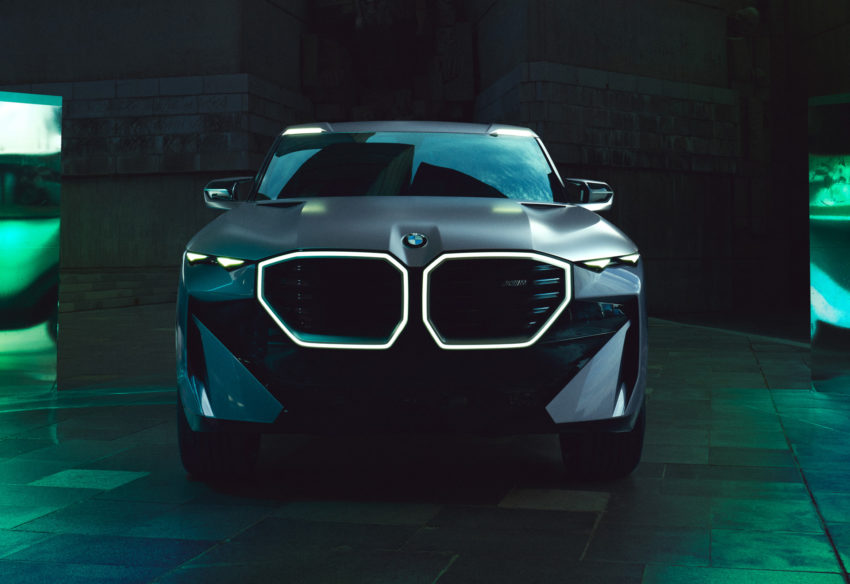 BMW revealed this week the Concept XM, a preview for a new standalone BMW M model. It will be the first BMW M since its M1 supercar was launched over 50 years ago. Previously called an X8, the XM crossover will pack up to 750 hp using a V-8-based hybrid engine.

Aston Martin has confirmed that it will be launching a V12 Vantage next spring, which is the final Vantage with a 12-cylinder engine. Aston Martin will launch hybrids, electric and sports cars.

Genesis has revealed the new G90 sedan, which will be available in showrooms starting next year. Genesis will not reveal details about the vehicle until it is ready for the market, however we expect the G90 sedan to have a brand new platform as well as an electric motor.

Polestar’s next model will launch is the 3 – a mid-size crossover that’s twinned to Volvo’s replacement for XC90. A teaser photo of the Polestar, which will offer more power and performance than the other models was shown to us this week.

The Purosangue Ferrari crossover was also tested this week. This time, it was with a production bound body rather than the Maserati Levante-style body that previous testers used. The spy photos show that the Purosangue closely looks like the GTC4 Lusso, which it replaces. This is not a concern for purists.

This week, a prototype of a new Mercedes-Benz E-Class was also seen. It is expected to be released in 2023. This new sedan is mid-sized and has a more modern design. It could be replaced by the GT 4-Door Coupe or CLS-Class, which are both expected to retire after their respective life spans end.

The 2022 Honda Civic Si was one of the vehicles we tried this week. This car has 200 horsepower, comes with only a 6-speed manual transmission and can be tuned to great effect.

The Rolls-Royce Ghost was another vehicle that we tried, this time in Black Badge. This model has darkened trim and a slightly more powerful engine, as well as a firmer suspension tuning. However, it is most appealing for its edgier appearance.