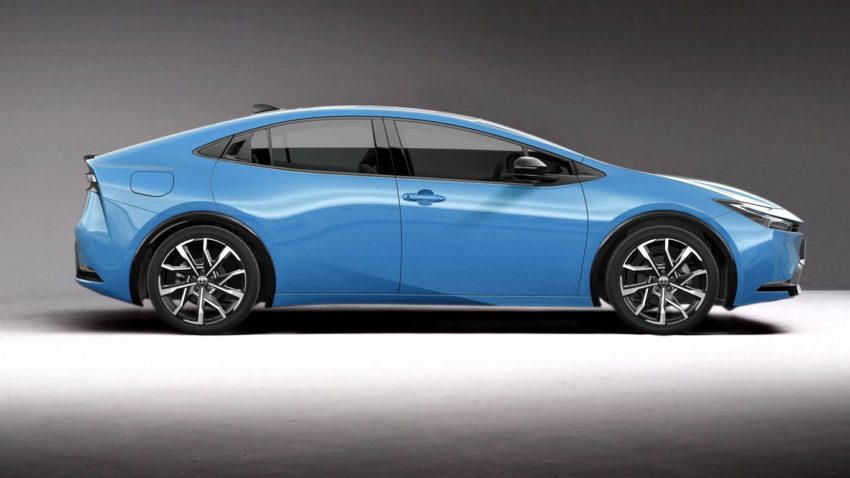 With the large variety of EVs today, competition in the car world is the toughest that it has ever been. However, there was only one electric vehicle ruling the world about two decades ago – the Toyota Prius. There’s a new Prius 2023 that’s about to make it to the dealerships in a while. This is why it is imperative that we take a look at what it has to offer.

The new Toyota Prius 2023 has been built up from scratch, from the ground up. You should know that this Prius is a part of the fifth generation of the make. As expected, it is going to be one of the most modern and popular cars of today as soon as it launches. The following is a review of the 2023 Prius and what we currently know about it:

First, we’ll observe the powerplant that’s responsible for propelling this car on the road. The new Prius 2023 comes with a 2-liter 4-cylinder engine that produces 194 hp, quite a good figure for the class. In other markets, we can also expect a 1.8-liter hybrid engine that makes about 138 hp. You’ll be getting an eCVT gearbox to send this power to an FWD or 4WD system.

It isn’t surprising that the North American version of this car should be quick when it comes to acceleration. According to Toyota, we can expect this new Prius to accelerate from 0 to 60 mph in just 7 seconds. This is one of the best acceleration times in the compact sedan class, and it makes the Prius a fun car to drive (finally).

But let’s get to the real reason why anyone would get a Prius — the fuel economy. According to the company, the new model should be able to get up to 57 miles per gallon if you drive it right. It is a great number, but not much has changed from the last model of this car. Regardless, we move on.

If you like the new Prius and are enjoying this read, you’ll love the reliable supply of genuine Toyota parts offered here: https://sts-global.com/toyota-parts.

We’ll get to the ultra-modern exterior in a moment but first we need to discuss how good the interior looks. It doesn’t look like the inside of a space cruiser like you’d expect it to; instead you get a rather regularly designed cabin that is made excellently. The roominess is there and the storage capabilities have been praised by the testers.

As far as the tech is concerned, there’s plenty of it which is no surprise considering how generous Toyota is with handing out standard technology. You get a great infotainment systems and countless niceties. There’s a variety of driver’s assistance technology that’s available, so you can expect this to be a safe car.

The real money is when you look at the outside and what a stylish design it is. It pays homage to the traditional body shape of the Prius that we all know (and some love). Meanwhile it is a lot more striking to look at, especially the LED lighting. They’ve also made the vehicle a bit lower in order to make it more stable.

We all know that this new model is pretty quick due to the additional power that’s available. But as a result of the aforementioned changes to the body, this new Prius is a lot more better when it comes to handling as well. This is a first for the Prius lineup as it has always been considered a dimwitted car when you want some action on the road.

The new Prius 2023 hasn’t been rated for reliability yet but you do get all the industrial standard warranties for the car, the powertrain, and the hybrid components. On top of all that, Toyota is also offering free maintenance for a limited timefrime. This is why you can be confident in getting this car when it is launched.

As far as the pricing is concerned, the new Toyota Prius 2023 starts at 27k dollars, going all the way up to 36k. Just like every other new car that’s coming out these days, the new Prius is also pricier than the older model.

The new Prius 2023 is a reasonably good car whose biggest updates have been its looks and performance. The fuel consumption is almost the same and so is the number of features that you get. The pricing is slightly higher from last year, which is a case with pretty much everything nowadays. Overall, the new Toyota Prius 2023 should be a pretty good buy.