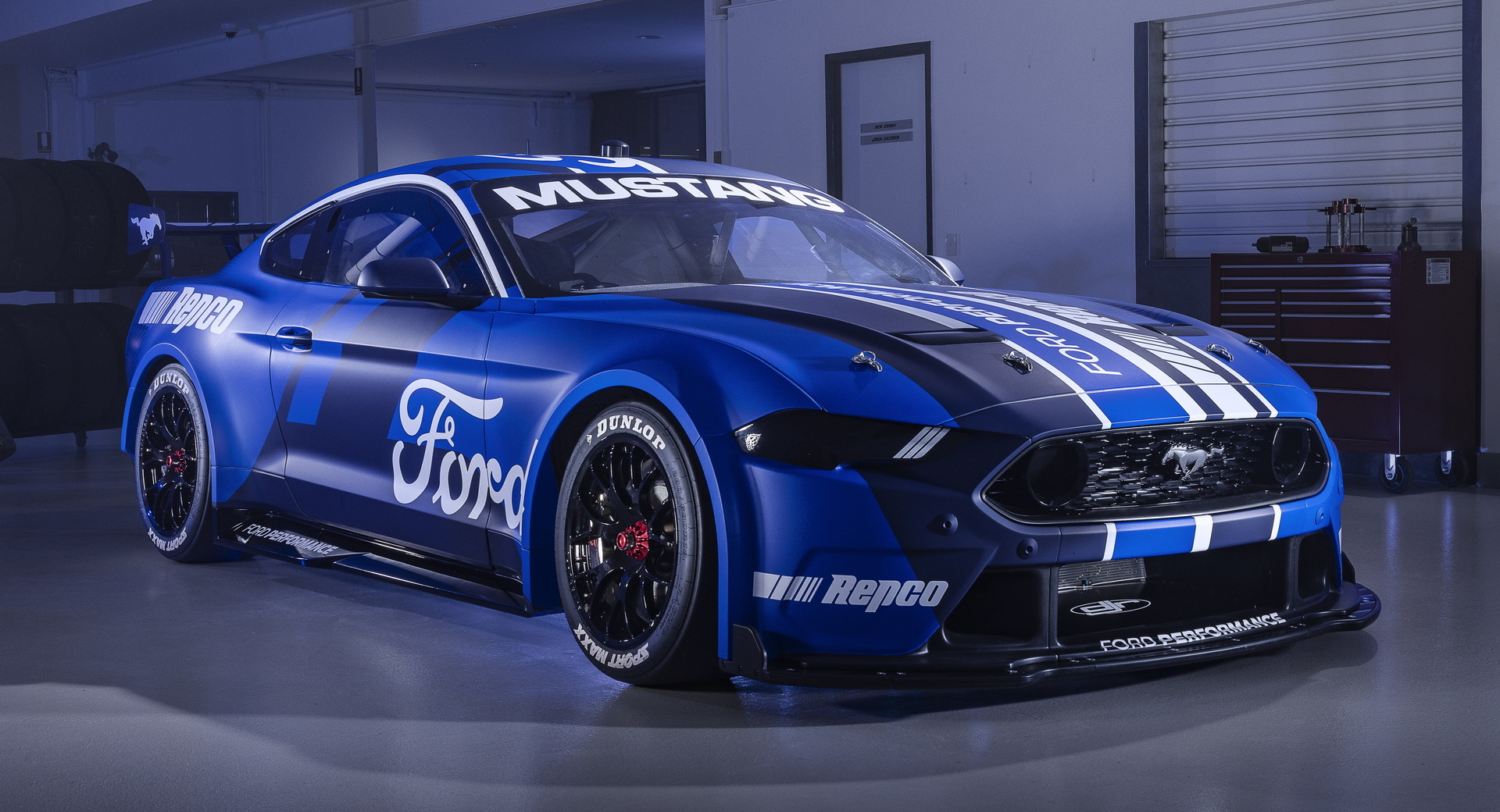 Ford Australia revealed its third-generation racer for the Repco Supercars Championship at the legendary Mount Panorama ahead of this weekend’s Bathurst 1000.

Powered by a 5.4-liter version of the Coyote V8, this iteration of the race car is the closest-to-production version ever made for the Supercars Championship. The new rules were created to comply with Gen3 regulations. They are designed to be more relevant to roadgoing vehicles.

This means the Mustang and Camaro will be able to draft faster, which will reduce aerodynamic costs and increase the enjoyment for fans.

“As Supercars enters a new era—with new ownership and the incoming Gen3 technical regulations, Ford is demonstrating its continuing commitment to Australia,” said Andrew Birkic, President and CEO, Ford Australia. “We want to make the sport better for the fans, with more relevant cars, and more entertaining racing.”

The car’s performance numbers are still unknown, but it is scheduled for testing in 2022. It will make its racing debut at the inaugural round of the 2023 Repco Supercars Championship.

“There is no question when you look at the Mustang GT Gen3 Supercar that this is a Mustang. It absolutely looks the part, which was focus one for us in the design and development phase for this vehicle,” said Mark Rushbrook, Global Director Ford Performance. “The fact that it’s powered by a production-based Ford engine is the icing on the cake. Early indications are that this is going to be a fantastic race car, and we couldn’t be prouder of the work that has been put in by the Dick Johnson Racing team.”

If you are interested in the Gen3 Mustang Supercar before its debut in racing, then this is your chance. The prototype Gen3 Supercars will do demonstration laps between Bathurst 1000 events on Friday, Saturday and Sunday.