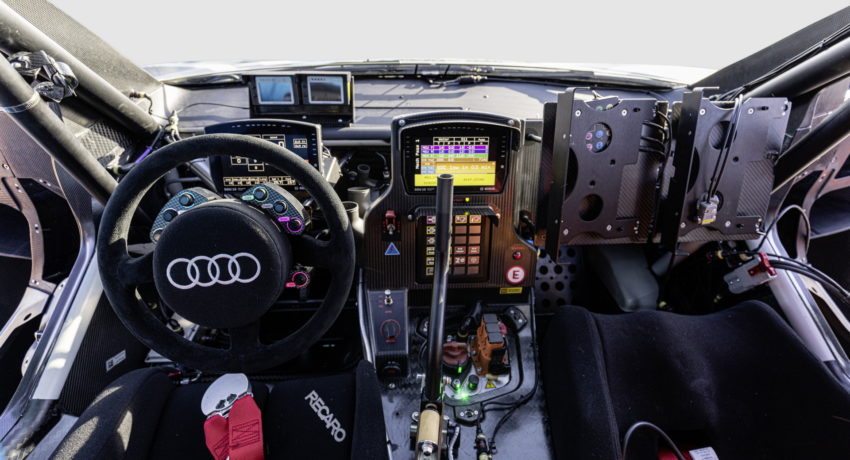 Audi’s latest rally car, the RS Q etron, will be heading to Saudi Arabia on January 1. We were able to see the cockpit of this hybrid vehicle, which is quite complex, before the race.

The Dakar racing scene has become extremely complex and the role of co-driver has changed significantly. The driver’s job remains largely the same, though.

Audi’s drivers, Mattias Ekström, Stéphane Peterhansel, and Carlos Sainz get a familiar set of controls, though the RS Q e-tron’s only means of movement is by electric motors (which are charged by a gas generator) so the drivers don’t need to worry about changing gears. 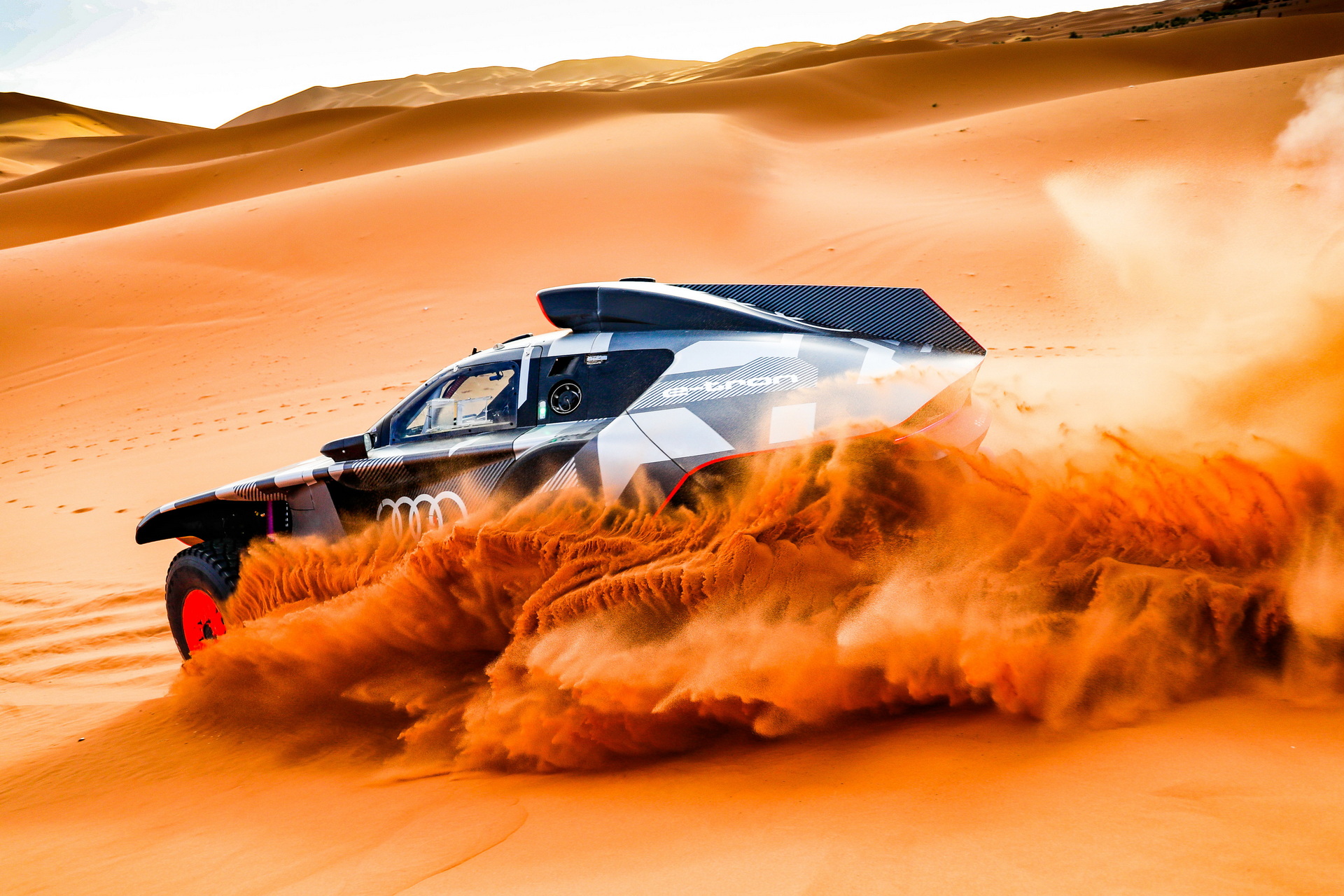 The electric power, though, does require some technical cleverness on Audi’s part, and means that not only will the regular brakes incorporate energy regeneration, but the hydraulic handbrake also incorporates energy regen too.

There are buttons that operate the horn, wipers and data entry on the steering wheel. This allows the driver to save information regarding anomalies as they drive, along with a time stamp which can be used later for analysis. You will also find the speed limiter, which is used to limit speed in zones. The driver also has a variety of screens to provide plenty of information. The first screen behind the wheel shows information such as tire pressures, current speed, and gear (forward/neutral/reverse). This screen may also warn you if your car is about to shut down or have other problems. 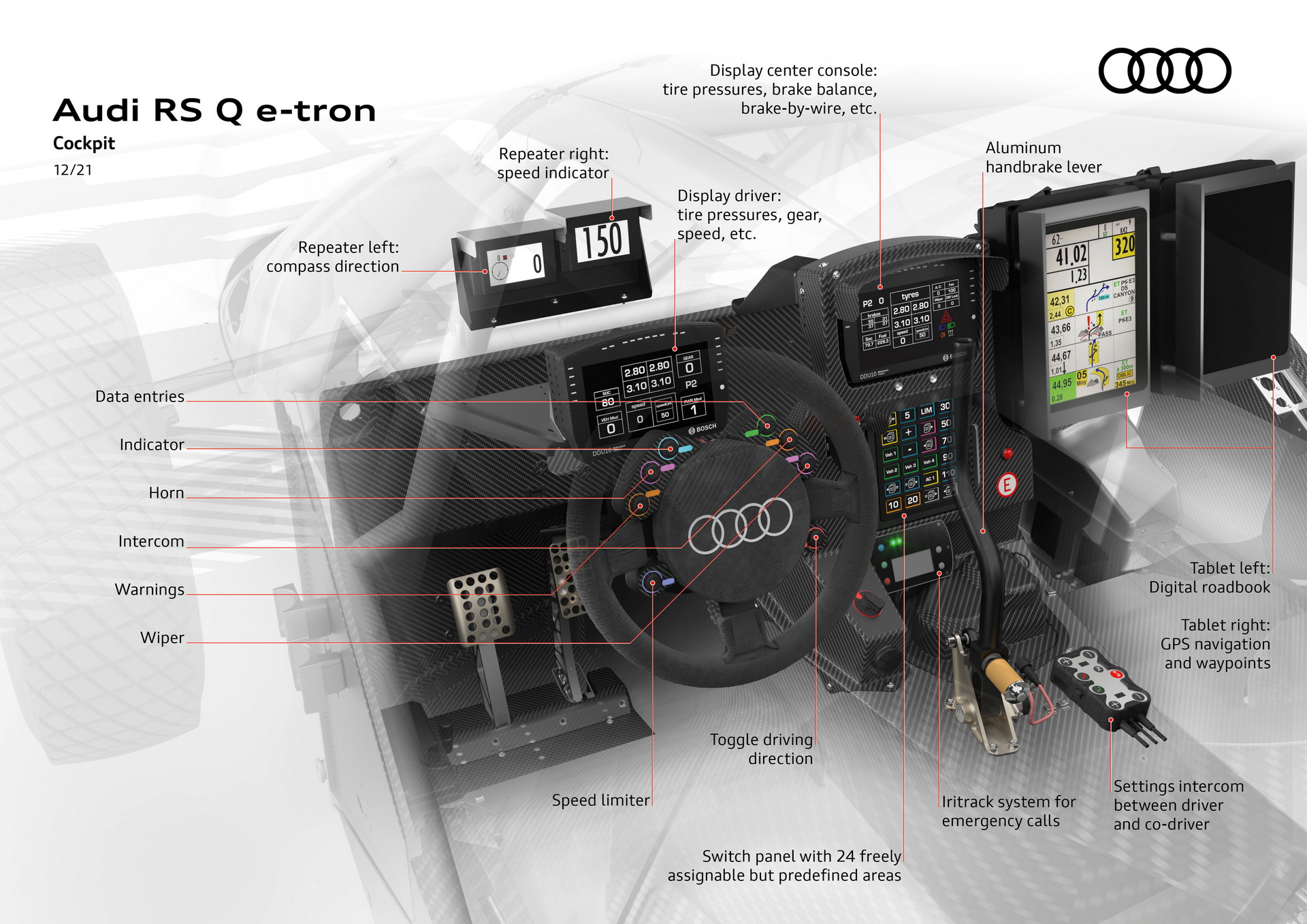 A second small screen located above and to the left of the steering wheel is basically a compass, while the third screen to its right also shows the vehicle’s current speed. A fourth screen sits between the driver and the co-driver and marks the start of the co-driver’s responsibilities. The screen provides information regarding the brake system and the brake-bywire system. It also contains a collection of buttons that allows the codriver to access 24 functions such as air conditioning. Each function can also be disabled in cases of malfunction. 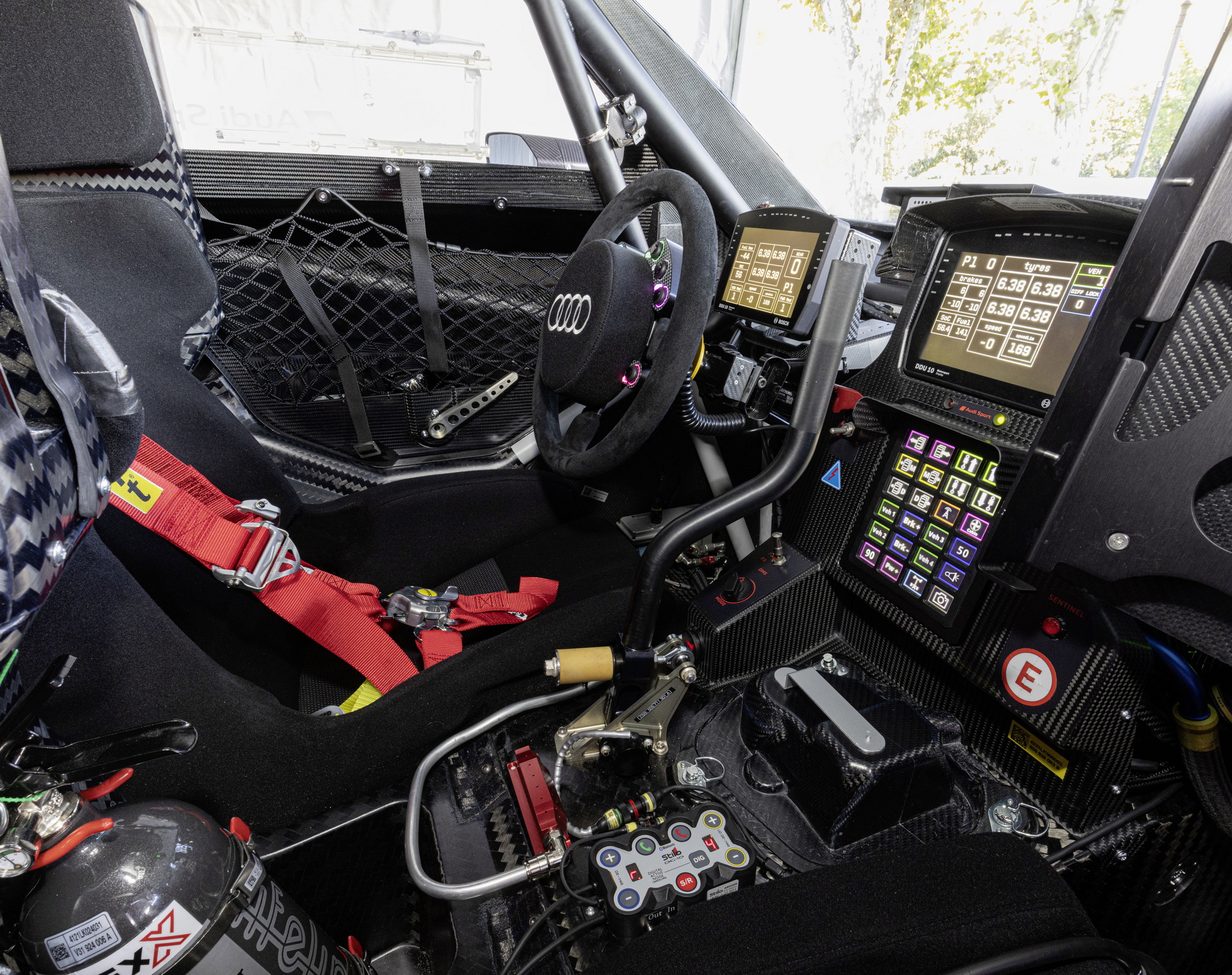 “I now spend only half my energy on navigation, the other half on operating the car. But I love this new challenge,” says Edouard Boulanger, Peterhansel’s co-driver.

Navigation is more challenging than ever. The route information on the tablets is vague and teams may not be allowed to use the paper book provided. The tablet does not have GPS and can only confirm the driver has passed through the designated digital waypoints. For the team to find the waypoints, they must be able to navigate using compass directions, distances and pictograms.

Teams are not given the route information the night before, but 15 minutes prior. This adds to the difficulty. 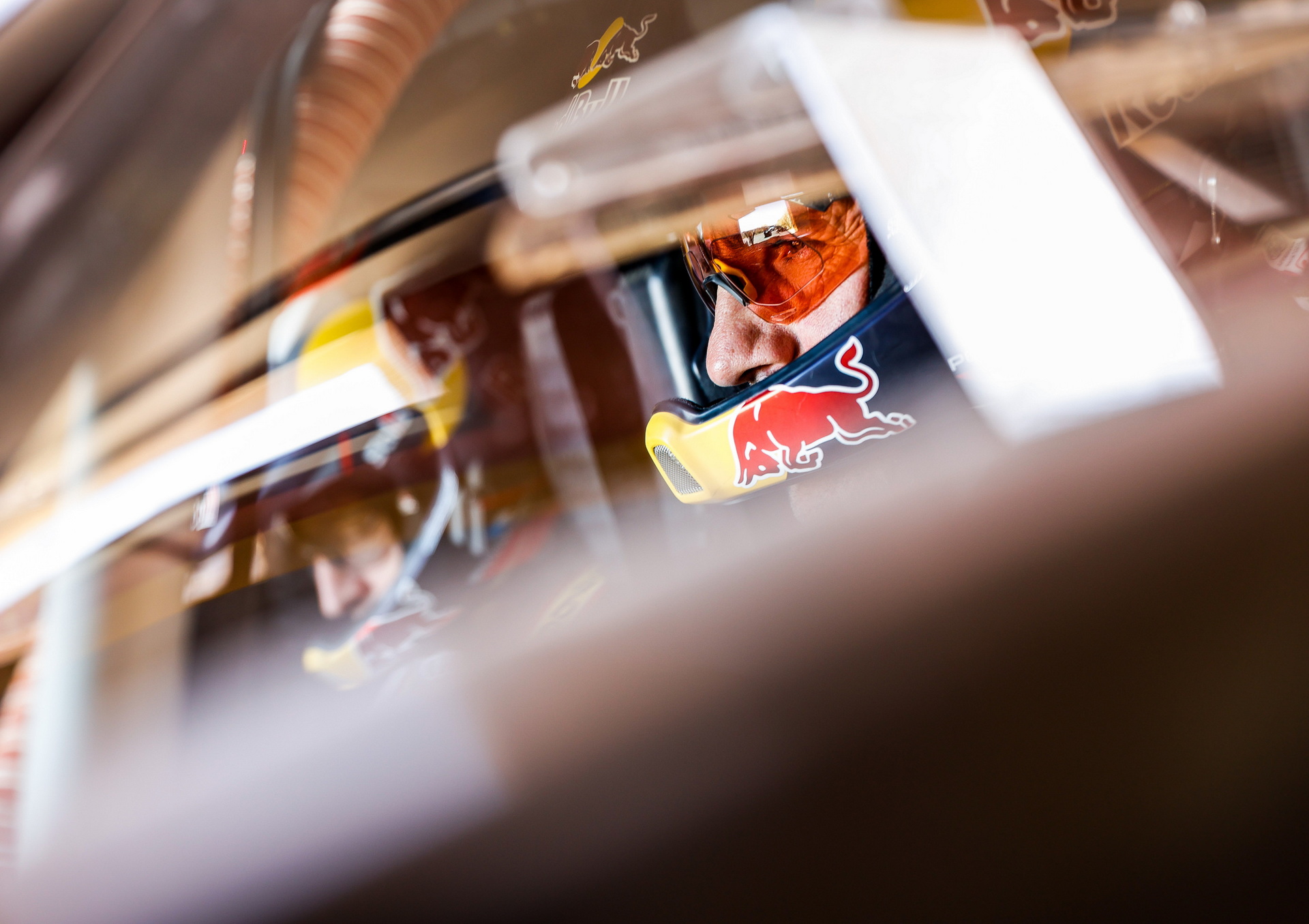 Iritrack is an additional addition to the cockpit that allows for communication with event organizers. It can also be used in emergency situations. It allows a team to request medical help for their own team or for another. The system automatically feeds information to the organizers in case of a big off, but the team can use the system to reassure staff that they don’t need medical attention or rescue if they have a smaller accident.

It’s a lot to manage, and all of the systems and the people operating them will put to the test for the first two weeks of 2022.