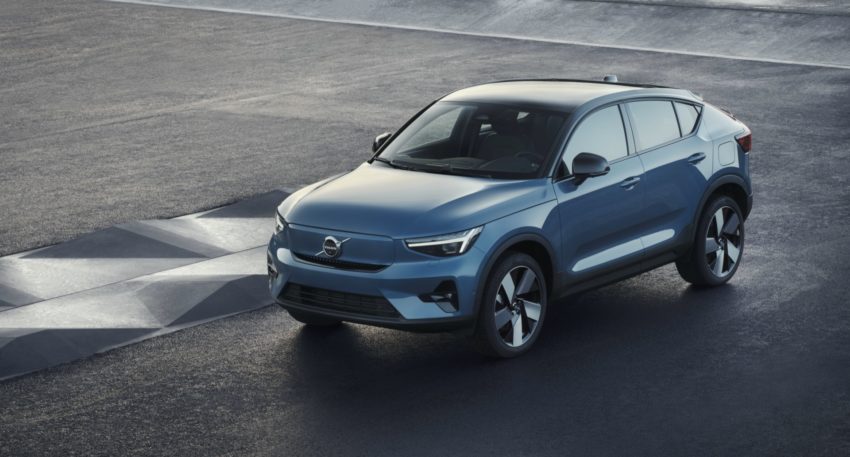 Volvo will soon launch a new model of the XC90. This is an electric car that was developed by Volvo, but it may also offer hybrid powertrains for some markets.

Rumoredly the successor of the XC90, an Embla will launch in 2022. It will then be joined by a new entry-level crossover. AutocarThis report was published Monday.

The British publication claims that the crossover’s entry level will be a pure-electric model. It will also have a name, just like its XC90 counterpart, and an alphanumeric moniker.

Volvo’s smallest models at present are the XC40 compact crossover and coupe-like C40 Recharge. Volvo CEO Hakan Samuelsson stated that the company had plans to create a smaller model than the 40 series during the unveiling of the C40 Recharge.

Autocar claims that the Volvo new-born crossover was developed using the SEA modular EV platform by Volvo parent company Geely. This platform was seen earlier in the year as Zeekr’s hot hatch 001. It features an 800-volt electrical system and high-speed charging.

To keep the costs low, the baby Volvo will be likely built in China. Geely constructed a new plant in Ningbo on the Chinese coast to produce SEA-based vehicles.

We haven’t heard this before. Lex Kerssemakers was the head of Volvo’s commercial operations in 2017. He suggested a new subcompact range for 20-series Volvos.

“It’s pretty straightforward: the 90 is the biggest, and the 40 is the smallest,” Kerssemakers said in an interview with Car and driver. “And when there is a 20, it will be a smaller one.”

Interestingly, Kerssemakers also said that Volvo “only makes global cars,” suggesting perhaps that a future baby Volvo will be offered in the U.S. We could certainly imagine the model competing with pint-sized electric crossovers like an upcoming Mini Countryman EV and the Hyundai Kona Electric.