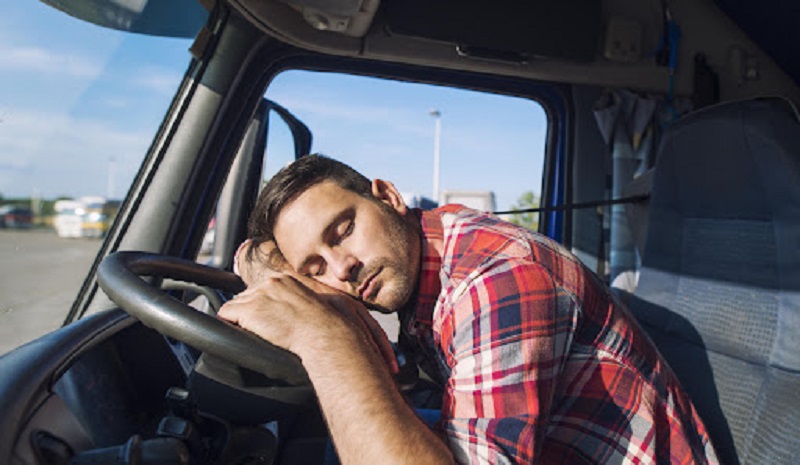 Humans are terrible at managing their sleep. The majority of people are sleep deprived at some point every month, and some of us have a permanent sleep debt that we carry around, affecting our performance, health, and mood. We are often in this state while piloting 2000kg of metal along our roads (or in the case of a truck driver, 40,000kg).

In fact, fatigue affects people in all walks of life, from nurses to forklift operators, to pilots to construction workers, and there are myriad causes and complications. In some of these occupations, taking a fatigue management course is either mandatory or strongly suggested. Tired drivers are more likely to have a crash, so if you can identify them, you can take action. First, we need to consider the time of day.

You’re more likely to come across a tired driver between 1-6 am and 2-4 pm. Those are the natural points in our circadian rhythm where our body tells us to go to sleep. We are triggered to go to sleep in a dark environment that is warm and has a consistent white noise – that sounds very much like the cabin of your car when driving at night.

There are two scenarios where you’ll want to be identifying a tired driver.

You’re driving with a tired driver

Being a passenger makes it much easier for you to identify when a driver is tired because you can look out for the telltale physical signs of tiredness:

And, of course, if you are traveling at a time that is known to be susceptible to drivers falling asleep, you can take action. The best option is to share the driving with the passenger having a power nap of 30 minutes or so while not driving, then taking over; sleeping longer than around 30 minutes puts you into a much deeper sleep which then means you’ll be drowsy when you wake up.

Taking a break revives you. Opening the window and putting on music will give a small amount of extra alertness. Caffeinated drinks will help, but ultimately, sleep is the only cure for tiredness.

You’re driving and other drivers are tired

Recognizing tiredness in other drivers requires that you observe what they are doing. Drivers who are quite tired drive a bit like they are drunk, and you can see this when you are following them, they are likely to:

You might even be able to see them in the vehicle and recognize some of the signs of fatigue and sleepiness that were mentioned above.

How many accidents are caused by sleepy drivers?

It’s difficult to determine just how many accidents are caused by drivers falling asleep at the wheel, drivers who were simply sleepy and therefore were distracted, or where sleep was not a factor at all. Self-reporting is unreliable. In the event of a crash where there is no braking, no corners and the driver simply runs off the road or has a head-on collision, fatigue is strongly implicated unless there’s another obvious cause (e.g. the driver was looking at their phone).

Conservative estimates are that up to 10% of road fatalities are a result of sleepy drivers (different countries report a variety of figures, some up to 20%). Some technology is becoming available, primarily on trucks, but they are to be used as a last resort because they are activating only when sleepiness has become such an issue that it is readily detectable; long before that, a person’s concentration and reaction times have already been affected.

What can you do to avoid driving sleepy?

The guidelines are simple, but not necessarily easy because life throws up challenges.