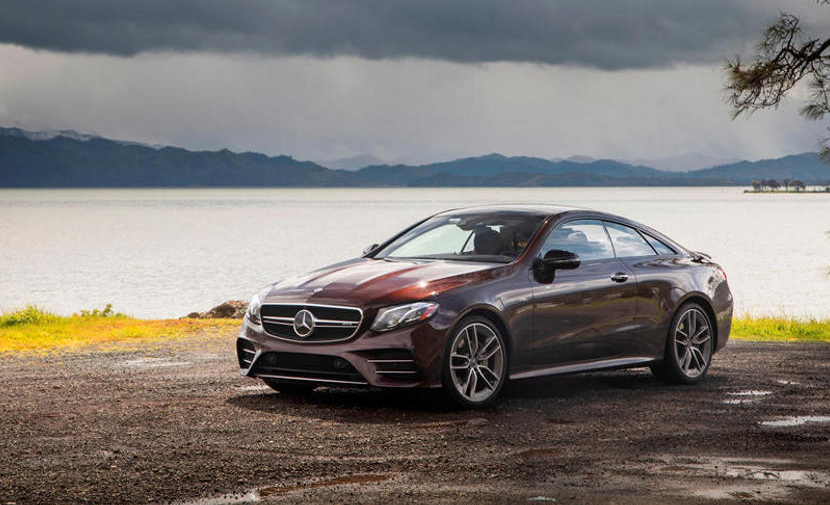 It’s not an understatement to suggest that the Mercedes-Benz E-Class is one of the most historic and important models in the range. When you’re asked to think of any Mercedes, chances are the first thing that comes to mind is a large and luxurious sedan in the shape of an E-Class.

The current model, codenamed W213, was launched in 2016 to favourable reviews from the press. It featured a curvier design language that put it bang up to date with its current S-Class and C-Class siblings, and launched with impressive technology such as semi-autonomous driving abilities and the latest high-end graphical infotainment displays.

Time moves quickly in the automotive and technological world, though, and Mercedes cannot afford to fall behind against the fiercely competitive rival models from the likes of BMW’s 5-Series and Audi’s A6. Therefore, Mercedes is all set to reveal a new updated E-Class at the upcoming 2020 Geneva Motor show.

What’s Going to be Different?

It’s important to know that this E-Class update is going to be what’s known as a facelift in the industry, rather than a complete overhaul with a brand-new platform. Facelifts exist to tweak an existing model with upgrades to keep a car competitive and fresh, and often come at the middle of a model’s life cycle. Let’s have a look at what’s changing on the new E-Class to keep it as one of the best Mercedes-Benz models on the market.

Firstly, and perhaps most notably, there will be a noticeable styling change to the updated E-Class that will bring it more in line with the current design language that the range follows. The W213 may have only been launched four years ago, but in that time, we’ve seen a shift in the way Mercedes-Benz models look, with the recently-launched A-Class being a prime example of the evolved styling. It’s important to keep the model family in the brand looking consistent, so expect to see new headlights, a new rear end and new bumper designs to bring the E-Class into 2020.

Will The Engines See an Update?

The existing E-Class already features a fairly comprehensive range of engines, from small and economical 4-cylinder diesels, right up to the mad fire-breathing turbocharged V8s found in the ludicrously fast AMG models. However, consumer tastes change, and the engine line-up must adapt to reflect that in the updated E-Class.

With large parts of the world now slowly turning their backs against diesel fuel for cars, Mercedes will offer a brand-new 2.0-litre turbo petrol engine with 20hp-worth of mild hybrid technology, which produces a combined power output of 292hp. It’s designed to offer diesel-like economy in a world where diesel is being phased out – especially in Europe – and will comply with ever-stricter emission regulations. With all that being said, the updated E-Class can still be specified with diesel power.

The existing E300de diesel hybrid will be updated for extra electric-only range, which will improve fuel economy and lower emissions. For those of you who don’t care about economy, you’ll be relieved to hear the V8 E63 will continue to live on as the mad animal it already is. So no, the updated E-Class hasn’t gone fully electric yet – there’s still plenty to do when servicing a Mercedes and all their oily bits in the new decade.

Inside the Updated E-Class

Of course, the interior of a car as luxurious and technologically innovative as the E-Class has the potential to age just as quickly as the exterior, so it should come as no surprise that the cabin will also feature some upgrades that keep the model fresh and competitive against its main rivals.

The same basic shape of the dashboard layout will remain, with its curvy lines and relatively minimalist button layout. The main changes will occur with the technology, as, rather embarrassingly, the baby A-Class now features a more modern user interface than the current E-Class! Expect to see the very latest version of the ‘MBUX’ system fitted, as well as Mercedes-Benz’s most recent steering wheel, which features laptop-like capacitive touch pads to control the screens.

Other notable additions that will make their way to the updated E-Class include the “Hey Mercedes” voice command system for supposedly simpler navigation of the interface, and the inclusion of Mercedes-Benz’s clever new augmented reality sat-nav, which uses the front camera on the car and displays an arrow of where you need to go over the live video feed.

The full reveal of the updated Mercedes-Benz E-Class will be shown at the Geneva Motor Show, which runs from 5th March to 15th March in 2020.

BIODaniel Calvin keeps a good portion of his enthusiasm dedicated to high power performance sports cars, oh and of course writing about them too. A lot of his writing revolves around Mercedes Benz Servicing by Euro Motorsport.