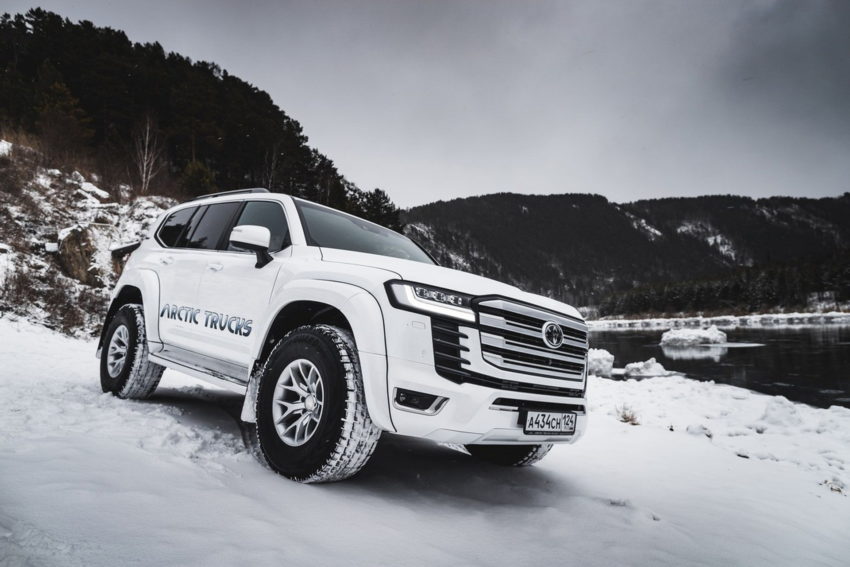 The Toyota Land Cruiser Series 300 is a pretty capable vehicle however Arctic Trucks’ job is to take off-roaders to another level and this is what they did with their LC300 AT35.

The 35-inch all-terrain tires are what you first notice visually. They’re mounted on 17 inch alloy wheels. They are complemented by a variety of Arctic Trucks logos and stickers, including mudflaps and front and rear bumper extensions. 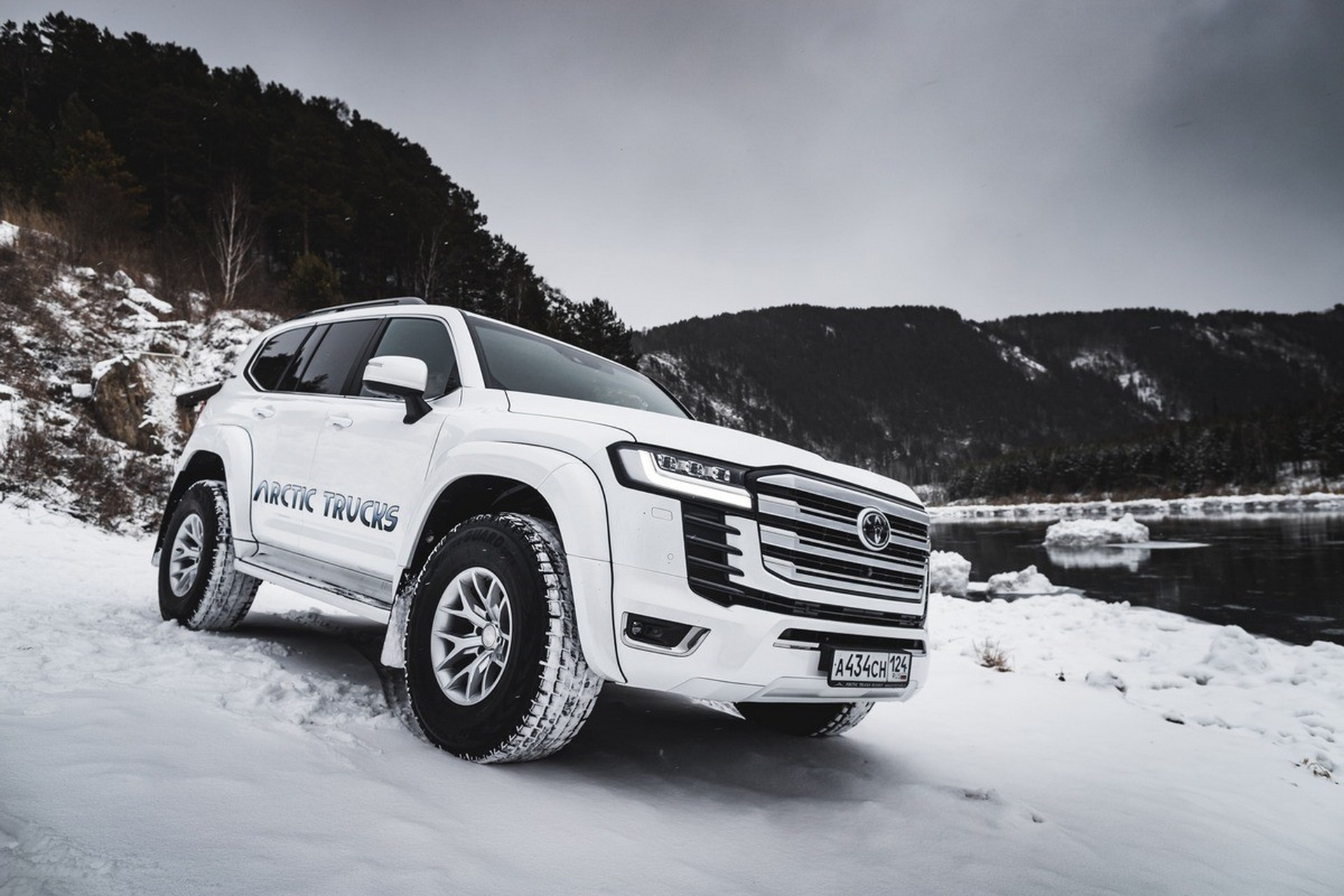 The suspension’s electronic controls have not been lost, but new dampers and springs were installed at the front and back.

The new chassis and wheels have increased ground clearance to between 260 and 270mm (10.2-10.6inches) depending on which powertrain option you choose. This is 40mm more than the Land Cruiser stock Land Cruiser. This change has benefits to the SUV’s off-road credentials allowing for an extra 5 degrees in both the approach (37 degrees) and departure (30 degrees) angles.

Related: Arctic Trucks Beefs Up The Toyota Hilux Pickup With A Rugged Makeover 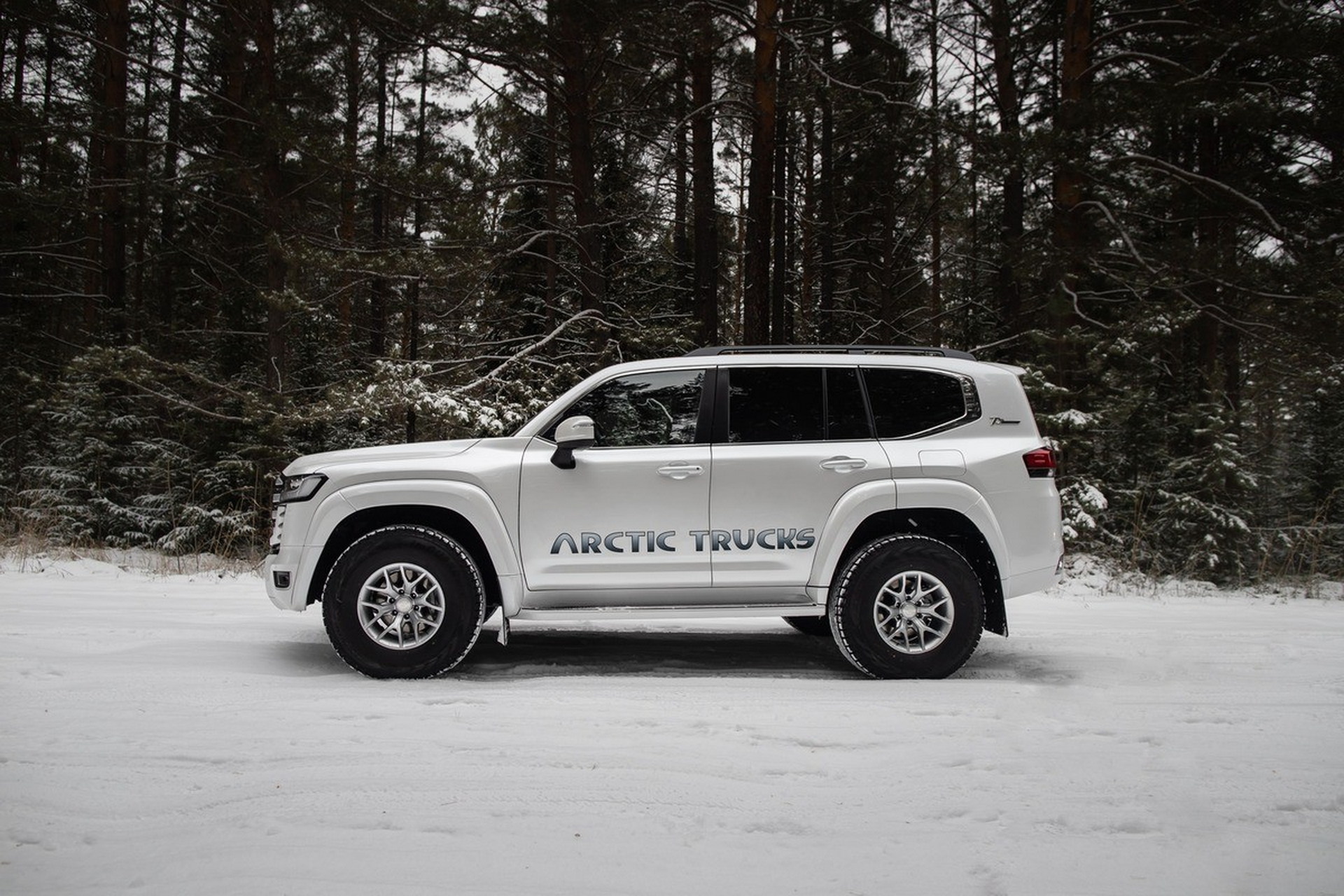 The tracks have also been widened by 320 mm (12.6 inches) to 1,840 mm (72.4 inches). Anti-corrosion treatment has been applied to body seams since this 4×4 will be spending a lot of time in damp environments. A snorkel is available as an option, along with a winch of 5.6 tonnes.

It was unveiled in Russia to showcase its capabilities in snow. However, it will be made available on other markets such as the United Arab Emirates. Arctic Trucks hasn’t announced pricing for the upgrades yet. Judging from the company’s previous offerings, we should be expecting even more extreme modifications for the Land Cruiser 300 Series in the future.