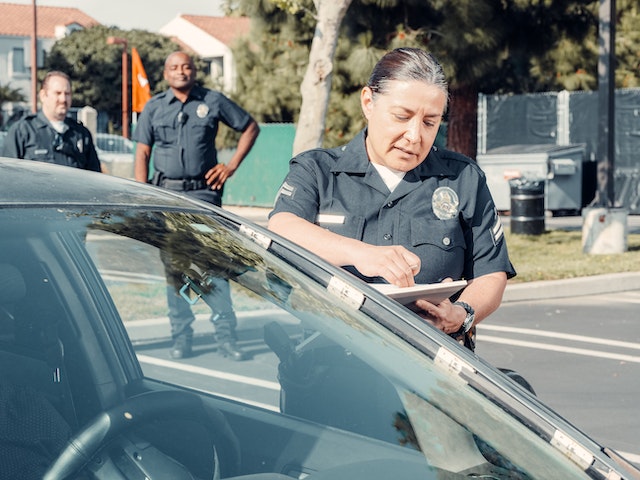 When it comes to driving, we all consider ourselves expert drivers. We prefer believing that we have good driving skills and are excellent drivers. This overconfidence also turns out to be costly to us when we unknowingly end up breaking the traffic rules and have to bear the cost of fines and penalties.

One of the major reasons behind making driving mistakes is the presence of various traffic ticket myths. No matter how perfectly you have cleared your driving test, or how long you are driving, we all prefer avoiding traffic mistakes that can become the reason behind traffic tickets.

Many drivers have driving habits that are not just illegal but also increase the risk of accidents, fines and traffic tickets. The misconceptions about traffic tickets also prevent drivers from driving properly and safely on the road. Some traffic ticket myths that are common in Texas but you shouldn’t believe are mentioned below.

Many drivers in Texas have a misconception that traffic tickets that they get out of Texas do not need much attention. Out-of-state traffic tickets neither matter nor are costly. But the fact is, driving out of state does not give you a license for reckless driving. No matter whether you driving in Texas or any other state, it is essential for each driver to follow the traffic rules and regulations properly. Over-speeding tickets that you get outside Texas might result in points that can be used against your driver’s license. So make sure to follow the traffic rules properly even in other states.

MYTH #2: Traffic Tickets Must Be Paid As Quick As Possible

Another traffic ticket myth that many drivers believe is that traffic tickets must always be paid as quickly as possible. But the fact is, it is your right to fight for the traffic ticket and prove yourself innocent. When fighting for the ticket dismissal, you can avoid paying the fine until you reach a conclusion. But it is also important for you to make sure you will respond to the traffic ticket as well as will convey the intent to fight the violation in court.

Myth #3. When The Officer Fails To Show Up In Court, Your Chances Of Winning The Case Becomes High.

Many drivers have a misconception that they will automatically win the case if the traffic ticket officer will fail to show up in court. Many times judges try the case even in the officer’s absence. Before considering this myth, it is always better to confirm whether the presence of the official matters in the court or not. Also, make sure not to skip going to court.

Myth #4. Good Excuses Can Help You Get Out Of Tickets.

It is a traffic tick myth that you should always ignore. No matter what your reason behind speeding was, it is always considered immaterial by the judge. When you give an excuse to the officer or judge as, to why you were speeding, you indirectly confess that you were speeding. Texas defensive driving courses help you have a better understanding of the law. It not only just improves your driving skills but also helps you avoid silly driving mistakes that can cost you high.

Myth #6. Radar Inaccuracy Can Help You To Get Out Of a Speeding Ticket

Unfortunately, this one is also a myth. No doubt, broken or damaged radars can help you turn the case in your favour, but most judges do not accept such claims without serious evidence. So instead of making any such claim, it is always better to be sure whether the excuse will help you or not.

Final Thoughts Getting rid of a traffic ticket is not that easy. For breaking traffic rules or not following them properly, you have to bear some costs in the form of fines and penalties. Those with a proper certificate of a defensive driving course are charged less or no fines than those who have never joined such a course. Defensive driving courses not just keep you protected from heavy fines but also help you reduce car/vehicle insurance costs. Just make sure to complete the course properly and join a professional for it.