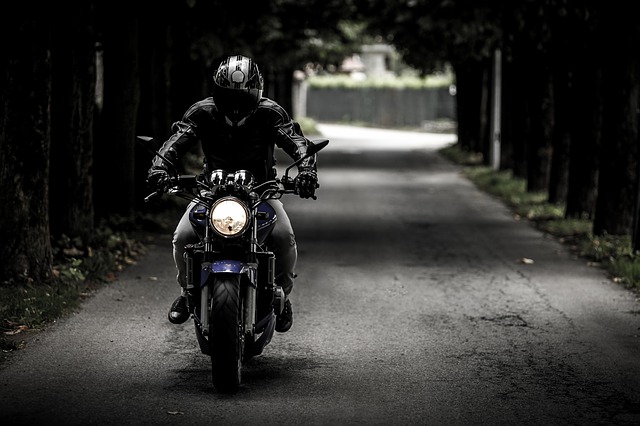 For many motorists, the open road represents true freedom. With endless possibilities ahead of you, it’s easy to get caught up in the romanticism of a road trip or even a short motorcycle ride. But the reality is that all modes of transportation come with their share of dangers. That’s especially true on the crowded streets you’ll find throughout the state of California. And if you love nothing more than hopping on your hog, it’s essential to understand just how hazardous heading out on the highway can be.

The likelihood of a crash

Your average sedan or minivan isn’t invincible, but it’s certainly less vulnerable than a motorcycle. Due to their open design, motorcycles don’t provide the protection that cars do. Even when a motorcyclist is skilled and experienced, their vehicle isn’t nearly as visible as others out on the road. Unfortunately, that often means that motorcyclists and their passengers are much more likely to be involved in crashes and suffer more serious consequences from them.

According to the National Highway Traffic Safety Administration, there were 5,286 motorcyclists killed in traffic collisions during 2016. That number represented a 5.1% increase from the year prior. In California alone, motorcycle crash fatalities jumped by 7% from 2015 to 2016.

That said, motorcyclists and other motorists may be turning those numbers around. Early estimates from the Governors Highway Safety Association show that motorcyclist fatalities in the United States may have actually decreased by 5.6% during 2017. Although it’s too early to say whether this represents a pattern, it’s promising nonetheless.

How wearing a helmet may help

While there may be many possible reasons for the decrease in motorcycle crash fatalities during 2017, it’s likely that more widespread use of protective helmets might have played a significant role. The NHTSA estimates that helmets saved the lives of 1,859 motorcyclists involved in crashes during 2016. Had all motorcyclists involved in accidents worn helmets, the agency believes that an additional 802 motorcyclists would have lived. This type of motorcycle gear is estimated to be 37% effective in preventing fatal injuries to the drivers of motorcycles and 41% effective in preventing fatal injuries for motorcycle passengers. Helmets are around 67% effective in preventing brain injuries, according to the Insurance Institute for Highway Safety. And while only 19 states and the District of Columbia required helmet use by all motorcycle riders in 2016, more widespread knowledge could convince motorcyclists across the nation to protect their craniums.

Still, serious crashes do occur
Sadly, wearing a helmet doesn’t solve everything. Motorcycle accident fatalities still make up a disproportionately high percentage of traffic deaths. Based on per mile traveled, the NHTSA estimates that motorcycle crash deaths occur 28 times more frequently than those involving other types of passenger vehicles. Drug and alcohol impairment, distracted driving behaviors, and an older population of motorcyclists can still contribute to this high number of crashes. And in places like California that have pleasant weather year-round, a motorcycle crash can happen at any time. It’s essential to stay alert and abstain from risk-taking when riding a motorcycle, as one small decision can easily result in a catastrophic crash. And it’s also important to have a plan should you ever be involved in an accident.

What to do if you crash

Even if you’re wearing a helmet, your bike is in excellent condition, and you’ve made excellent decisions on the road, accidents can happen. That’s because, according to a statement from the NHTSA, it’s often the non-motorcycle driver who violates the motorcyclist’s rights and causes a crash. For motorcyclists, the stakes are extremely high. The initial moments after a crash can play a big part in the rest of your life.

If you are able to, check yourself and anyone else involved for injuries. Whether or not you believe anyone is hurt, you should call 911 immediately for help. If the scene is safe and you are able to do so, take photographic evidence to document the site of the crash. You should also gather information from other drivers, passengers, and witnesses, including contact, vehicle, and insurance information.

While you should report the accident to your insurance company, you should not give them a recorded statement. Doing so can undermine your case if it goes to court. Finally, you should get in touch with a Bakersfield car accident lawyer who has experience with motorcyclist cases. Your attorney can safeguard your interests and improve your chances of obtaining compensation to cover medical expenses or property loss if another driver is at fault.

Despite all of your best efforts, a crash may still be inevitable. If the worst should occur, you can take steps to make certain both your body and your rights are protected.